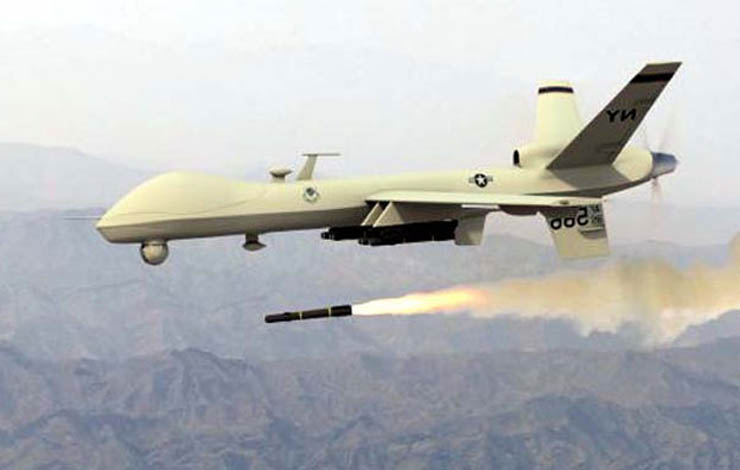 He was a written-off asset in the world of terror; specifically, Islamist terror. Dr Aiman Zawahiri, the number 2 of one-time terror group Al Qaeda, whose sole claim to action and fame has been the 9/11 attacks, was tracked and shredded to pieces at his “retirement” home in Kabul by the CIA. That blast from the past at least gave the incumbent US President Biden the cause to take credit in an otherwise uneventful presidency since 2020. It also activated the debate that what were the reasons for he US reentry into the Afghan war theatre. Linked with that debate has been naturally; what is in store for the Pakistan real rulers; and the establishment in months and years to come.

Given the fact that Imran Khan is now faced with a minefield of hurdles to cross before he can be Prime Minister again, the PTI leader stands even more vindicated on pure moral grounds that the narrative he stood for was the correct one. The reemployment of Pakistan in the regional designs of the waning US power might have the economic bonus associated with that

First Dr. Zawahiri; a doctor by profession with specialisation in phthalmology; he belonged to the last generation of Ikhwan ul Muslimoon (IM) who opted to go a bit further into actively confronting what that cadre called the post-colonialism nation states through armed struggle.

His generation was also significant by another count. Shedding the inhibition of spilling innocent blood for political goals. The IM cadre of Zainab al Ghazali and Syed Qutb believed in changing minds; the change which would pave the way for the regime change of the society.he doctor’s generation, after serving long prison terms in Egyptian security prisons, felt that changing the mindsets was an exercise in futility. What was productive was violent means to remove what they called the pagan system.

The October 1973 war anniversary parade in 1981, when Anwar Sadat, the Egyptian President was killed by IM cadres in the Army was the flashpoint of that new strategy, which the IM could not sustain for long as the Egyptian establishment moved swiftly to take control of the situation.  They repeated that strategy with Hosni Mubarak again in 1995, but without success.

Dr Zawahiri’s tying up with Osama Bin Laden in the following years was very much influenced by that strategy. History had something else in store for them. The 9/11 attacks in the USA, instead of “beginning of the end” proved to be the failure of that strategy for all times to come; forcing Muslim identity to be apologetic for all they believe in.

However, as a criminal is chased by his detractors; the Al Qaeda Doctor too had a similar end. The way US President Biden explained thye care the CIA took in avoiding collateral damage to anyone else from the Zawahiri family, explains that all he earned through all those years was a repute which had no relevance when he was being shredded by the Hellfire missile in that Kabul apartment.

Anyhow, as the critics of the War on Terror as well as those of the methodology of the law enforcement agencies engaged in neutralizing terror, terrorism control too has become an industry for many; establishments, political parties, movements and even Godly movements who claim to be unworldly, not concerned about the utility of “Dollars”; apparently; as the news streaming out of Afghanistan and Kabul suggests.

To move a bit further, the flight of drone from Qatar all the way to Afghanistan capital Kabul, avoiding Iranian airspace for obvious reasons, one is forced to think, if the intended warhead “kissed” with consensus, the Pakistani airspace along with the drone fired at that Kabul apartment.

Debate has already kicked off amongst the geopolitical analysts on the ground whether Pakistan has returned to the fold of the Pentagon defence axis in the coming days and months.

As the smokescreen of he media gradually removes the doubts, reports and analysis are already streaming in that a faction of Taliban might have been instrumental in supervising the drone strike with precision. The Taliban, who were sanctioned by the USA right after the withdrawal of the US forces in August 2021, are now being offered dollars supposedly to ease the humanitarian crisis. Similarly, the Taliban and the USA are already into talks over release of funds.

Even more ominous is that the supreme leader Mullah Haibatullah in a statement issued last month has sought s friendly relationship with the USA. These gestures are a far cry from the 1996 version of Taliban who were genuinely unworldly and ready to be good hosts for the Arab militants. Given these gestures, a US change of heart cannot be ruled to bail out the Taliban; while it is strangling another theocratic regime in the region; is a sharp contrast for even a layman to notice.

A system of governance where women are not allowed many rights and that system is tolerated by the USA, makes any observer reminiscent about the USA of the last millennium when it stood strong with the most rabidly conservative Gulf monarchies led by Saudi Arabia, while it sided with the Turkish military in suppressing much progressive Turkish Islamists; not to ignore US opposition to Islamists ruling Tehran. The point to make is that if it suits the USA; the most conservative elements of any society are worth courting. If it does not suit them; it can be the other way round.

Here it should not be neglected that the US invasion of Iraq benefited Iran. US strategists in targeting Dr Zawahiri might have created an excuse to re-enter Afghanistan. The rationale behind that; would be not to lose any other regional entity to Iranian Tomans.

As the picture becomes clearer for any observer and reader; the Dollar “gift hamper” is not just for the Taliban only; it might also encompass the Pakistani established order. The somewhat out of way peace gestures by the Pakistani clerics; not an all inclusive crowd to the Taliban as well as the TTP strongly suggests that it is not just the ground realities which are at work, rather there are geopolitical currents which are causing the many players to talk to each other. The somewhat return to the normal of the US Dollar in the Pakistani market all points to the background changes being controlled by the global powers.

For Pakistan any renewed role in the War on Terror means the general street level perception of the common Pakistani stands vindicated.

At the start of the political crisis in Pakistan in March 2022, many might have shrugged off the narrative as a product of PTI victim mentality; that the USA was behind the ouster. The slowly unfolding situation; where the Pakistani airspace is likely to be used more to hunt down Al Qaeda/ ISIS/TTP militants, means, and that will be believed by the man on the street, that Imran Khan’s narrative of “absolutely not” was not standing on crutches.

Given the fact that Imran Khan is now faced with a minefield of hurdles to cross before he can be Prime Minister again, the PTI leader stands even more vindicated on pure moral grounds that the narrative he stood for was the correct one. The reemployment of Pakistan in the regional designs of the waning US power might have the economic bonus associated with that.Already we can see that the timing of the COAS’s SOS to the IMF with the permission of Prime Minister Shahbaz Sharif and the drone attack in Kabul are being treated as linked developments, not to ignore the recovery of the rupee by Rs 10, not a small positive development.

The killing of a written-off asset might not be news in itself; but it indicates a set of developments which might impact the economy, the geopolitics of the region and Pakistan. The  The Pakistani establishment, a decades-old comrade in arms of the Pentagon, should not have been left alone by the principals; when new initiatives were afoot in the region.