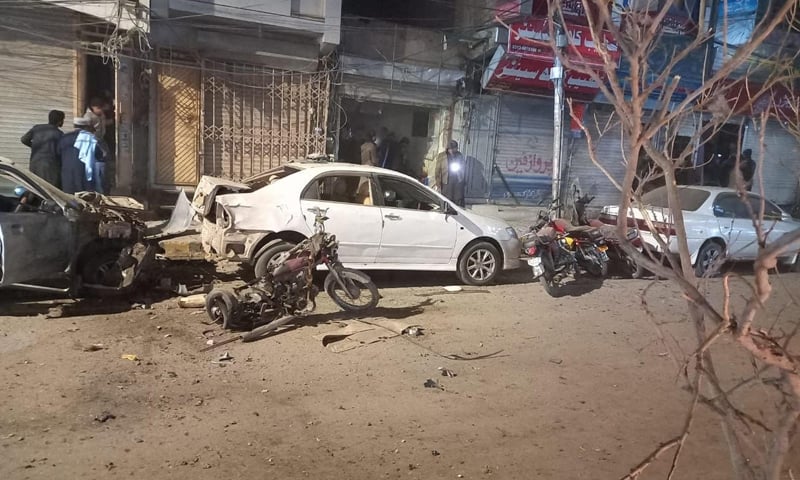 A blast in Quetta’s Kandhari Bazar killed at least one person and injured 10 others on Saturday.

According to a news outlet, Civil Hospital Quetta spokesperson Dr Wasim Baig confirmed the death of one person and said that 10 others were brought to the hospital in injured condition.

Some nearby vehicles and shops were damaged in the blast.

The Counter Terrorism Department spokesperson said that the blast was caused by explosive material fitted on a motorcycle, adding that the security forces had cordoned off the area, where the blast had occurred, and were collecting evidence from the site.

According to APP, the deceased was identified as Syed Nida Muhammad while Nawab Khan, Zarb Shah, Tajla, Muhammad Sahim, Nematullah, Ubaidullah were among the injured persons.

Balochistan Chief Minister Mir Abdul Qudoos Bizenjo expressed grief over the loss of life in the incident and directed the provincial administration to provide best possible medical treatment to the injured.

He stressed the need for improving security measures in the city and assured that all required steps would be taken for the protection of people’s lives and properties.