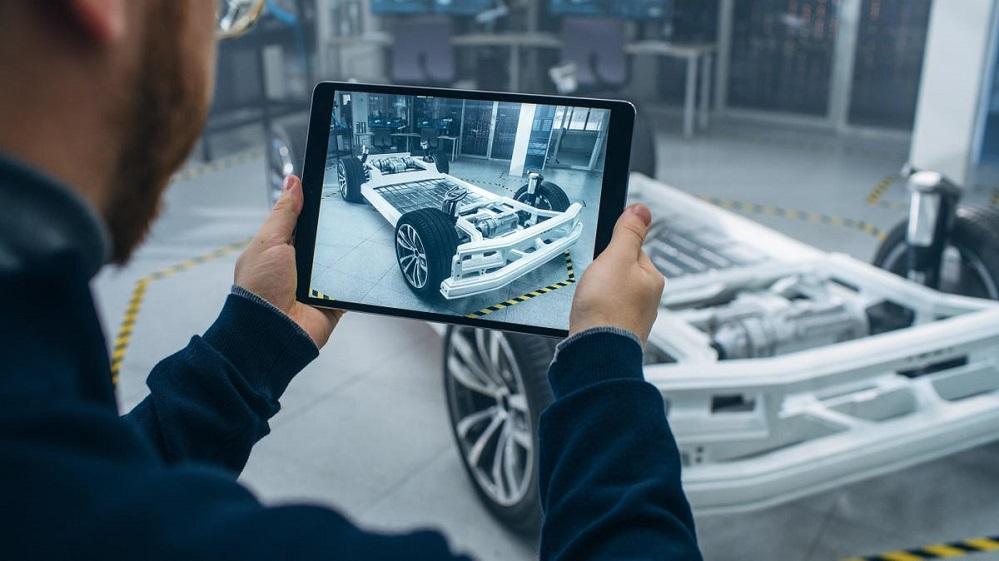 Some old ideas in the field of virtual reality plus new image display techniques, a lot of mobile technology achievements, and what’s more? Optional? Precise satellite location or code loading. Do we mix, we mix, and we have? Augmented Reality? Augmented reality.

What exactly is she? Briefly, it can be described as a little old, a little new, technique of connecting the real world with virtual objects. An inseparable element of contemporary augmented reality is human interaction with both the real external world and the machine, because in AR the machine significantly influences what image of reality we perceive. It modifies it, supplements it with information from computer systems and databases, and, in some cases, with data on the history of interaction with a given object, place, fragment of reality. Interaction of both ours and other people-users of the network.

A well-known example of the Augmented Reality technique are Google glasses (Google Glass) presented in the spring of 2012, as well as other inventions of this type, such as Smart Glasses by Vuzzix. The idea is to use translucent glasses to observe life on the streets of the city, as well as elements and objects generated by the computer and superimposed on the image of reality.

Glasses, or, who knows, maybe in the future, contact lenses or even implants, extending reality to human needs, are still an announcement rather than a reality. The market premiere of Google glasses is planned for 2014. Currently, apart from quite serious applications in medicine or aviation, AR is most often encountered by users of portable devices, smartphones, tablets or game consoles.

As you can easily see, augmented reality is not a new technology, it is rather an idea for combining several techniques that have been known for a long time. The purpose of this connection is to provide the user with additional information and experiences related to the place where he is staying or the object he is viewing. Another goal is to enable him to interact with virtual objects or other recipients of augmented reality.

Must Read: Where do gravitational waves come from?

Let’s look at how it works in a typical tablet or phone device, equipped with a rendering application (i.e. presenting data in a form appropriate for the environment – in this case – visually) virtual objects complementing the image perceived by the device owner (1).

As you can see, the image falling into the camera lens is taken by the Augmented Reality mechanism as a? Solid? that is, a cell extending from the camera lens to the image surface of objects recorded by the camera, in the shape of more or less a truncated pyramid. This body is to be filled with virtual objects obtained on the basis of information about the recipient’s location from a database on network servers.

Solid furnishings? Information and creations from the database does not take much time, but it can actually take it if one has a poor mobile internet connection. Because it only depends on whether the reality of AR is in real time or its extension is an exhaustingly long process.

Created in this way, a? Lump? full of extra information, tags, images in some cases? recommendations or comments from other users of the application go to the display, where it is superimposed on the image from the camera, just like in google glasses, with the difference that in the Glass project we perceive reality without the use of the camera (2). We see the final result on the smartphone or tablet as an image full of additional data in the form of e.g. colored data windows, as in an application designed specifically for people dealing or interested in real estate in the city (3).