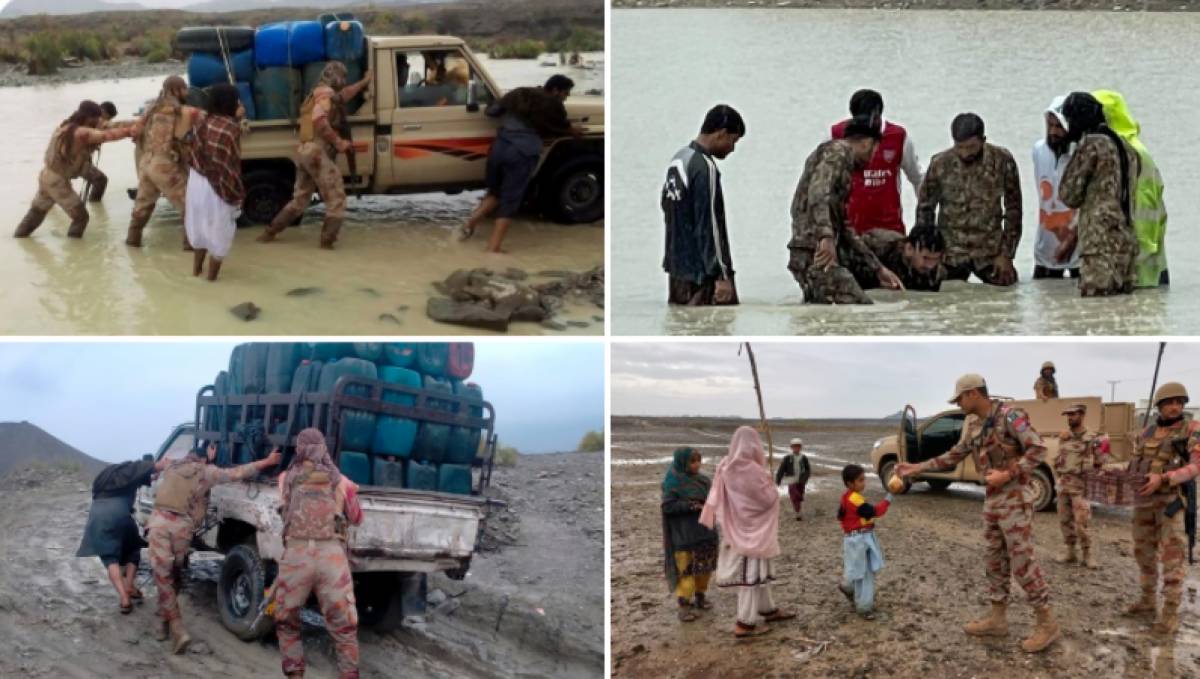 “Let them abuse us, they are our brothers, they are just angry at us. Don’t abuse back. And when it’s time, lay down your life for them. For they are our brothers and we, their guardians.” These were the words of Lt Gen Sarfraz Ali which he delivered in one of his speeches to his soldiers before sacrificing his life in the line of duty. General Sarfraz, during his stay as the Corps Commander Balochistan had instilled this sense of compassion in many of his soldiers. His visit to Lasbela for the flood relief operations before his martyrdom actually bears testimony to that fact.

The loss of General Sarfraz is actually a loss for Balochistan. Primarily because this wounded province after years had found someone who was trying to soothe the wounds. The people of this province had found someone from the power corridors who would at least sit with the ordinary men, mingle with them and listen to their miseries, if not more. Unfortunately, General Sarfraz’s time in Balochistan was marred by some very sad incidents for both the military and ordinary civilians, but he as an individual would always look concerned about them, which was witnessed in his speeches either in colleges, universities, to his soldiers or the civil society gatherings.

General Sarfraz’s resolve for the people of Balochistan could be understood by the incident of Hayat Baloch’s murder. Hayat Baloch was a promising Baloch youth who was murdered in a broad daylight by irresponsible elements from the Frontier Constabulary in Hoshab. General Sarfraz Ali, who at that time was serving as Inspector General Frontier Corps South Balochistan, visited the family of THE innocent youth, condoled with them, offered Fateha and refused to back the killers from the FC. Mustafa Nawaz Khokhar, the then chair of the Senate’s Human Rights Committee, tweeted recalling that incident and legacy of General Sarfraz as, “Gen Sarfraz was an exceptional officer & a dignified man. May God bless his soul & of others who passed away in the crash. Unlike his predecessors, he appeared b4 the HR comm in the matter of Hayat Baloch’s killing, answered tough questions & refused to shield the perpetrators.” This attitude of making oneself answerable before law was indeed a welcome step on the part of a powerful military general, which would go as a well-remembered legacy of his.

General Sarfraz, as the then Inspector General of FC South ordered handing over of the suspect to he police. The FC handed over the suspect to police within two hours, in an unprecedented move. The notables of the area welcomed that gesture of the FC, as the media reported widely. The statement issued by FC South Balochistan, said that although it was a crime committed by an individual, the FC Balochistan as an institution had deplored the tragic incident and strongly condemned the IED blast by terrorists and express solidarity with victims. “We had taken responsibility to protect the lives, properties and honour of our citizens … and FC Balochistan would continue performing its duties without any discrimination. The culprits behind the IED blast and the killer of Hayat Baloch would surely face the consequences of their crimes; such incidents would not be allowed to happen in future,” the FC statement added and General Sarfraz delivered on that promise.

I, as a resident of Balochistan, would remember General Sarfraz as the one who tried to connect with the masses in whatever capacity he could. He was serving in one of the most volatile provinces of Pakistan yet he ended unnecessary checkposts in Balochistan just to provide relief to the masses. He was criticized by many for taking that step, including those within the military, but he stood by it because empathy was the essence of his soul. He also eased the restrictions on the entry points of Quetta Cantt which not so long ago was a no-go area for many. It is only hoped now that the steps taken by him in the right direction would be continued by his successors as well.

General Sarfraz’s legacy is rich with compassion and empathy. As a Commander of the Corps  which encompasses the biggest area of Pakistan and one of the most powerful men of the country he was not only dealing with the insurgency first hand but would always look concerned for his fellow countrymen. Despite getting some of the most sought-after positions in the Pakistan Army he was still very humble in his conduct with a desire to serve humanity which he successfully accomplished till his last breath. The mountains of Windar have rightfully embraced his soul for eternity with five other brave hearts to testify their love for this land. Balochistan would always remain indebted to him for the services he rendered to bring peace in one of the most challenging regions of the country. May his soul rest in eternal peace.