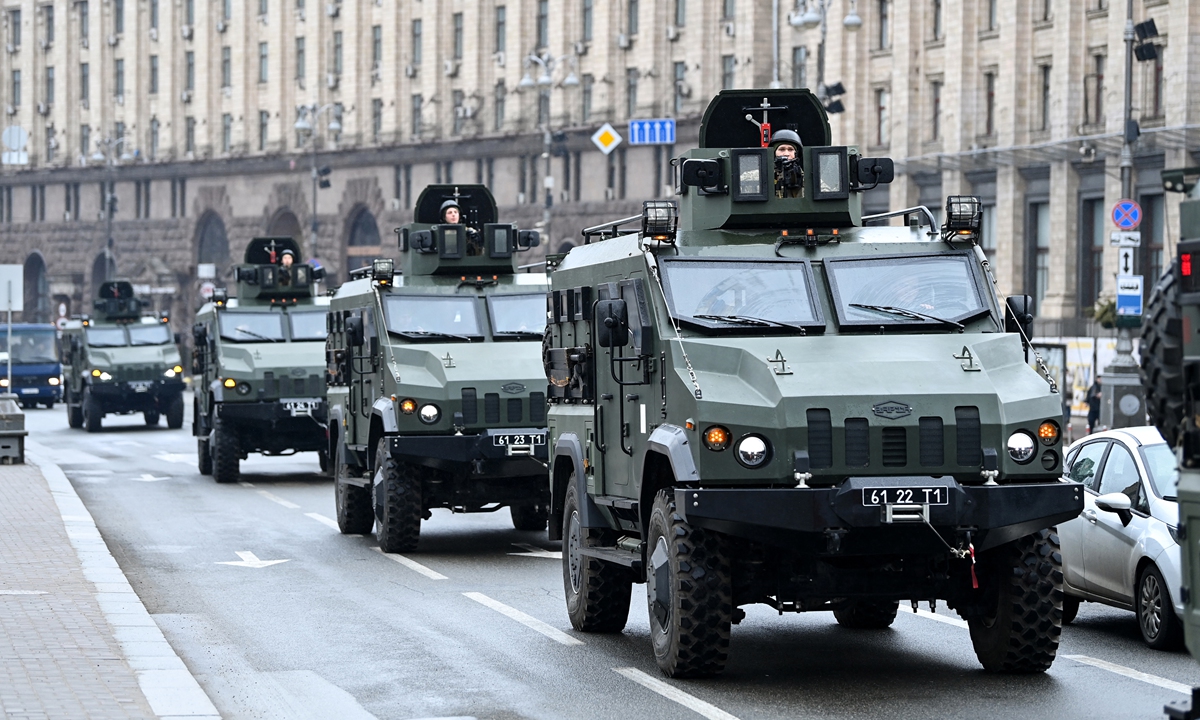 The whole current crisis of Ukraine and its direct war with Russia revolves around the issue of Ukraine’s clear intention to be a member of the North Atlantic Treaty Organisation (NATO), a Cold-War military alliance of European countries under the leadership of the USA.

Especially, from 2014 when a pro-NATO and anti-Russia government formed in Ukraine, the probability of its joining the said pact increased, as was shown in various public opinion poll results conducted between 2014 and January 2022. While in 2014 it was 44 percent in favour and 47 percent against, in January 2022 it became 64 percent in support and only 17 percent against the decision.

With thr sharp territorial division of the country, with Western Ukraine always having been in favour of NATO, and the eastern part of the country more pro-Russia and against the government’s move to come near the alliance, the problem became more complicated in the recent past. Now, the three stakeholders, NATO, Russia and Ukraine, have their own points of view claiming to be right than the other and desirous to implement the scheme of things they have planned and prepared for years. Of the above three, only two, Russia and Ukraine, are involved in a direct fight and losing their energy, armies and resources along with heavy economic devastations across Ukraine. Although, there is no doubt in the fact that the USA and other NATO members are helping Ukraine with arms and ammunitions and humanitarian aid, while Russia is openly getting help from the People’s Republic of China and other small countries situated in its neighbourhood, they both must come forward and initiate fruitful dialogue in the interest of general public and mass of the people across the world.

At the time Ukraine initiated its move for NATO membership, it was half-heartedly supported by the then ruler, it however, changed increasingly after the annexation of Crimea in 2014 and extension of Russian military and armaments up to the border of the country. In fact, the issue of Ukraine’s membership of NATO has become a bone of contention between Russia and Ukraine in accordance with the security perceptions of both. While Ukraine supposes Russia a grave security threat for its territorial integrity, independence as well as freedom, Russia, in context of Cold War and rivalry with the USA, considers Ukraine’s membership a red alarm at its doorstep

Relations between NATO and Ukraine started in 1992 after the disintegration of the USSR at the end of 1991 wherein Ukraine applied for the Membership NATO Action Plan (MAP) at the year 2008. It was followed by a Presidential election in 2010 and the new regime decided not to join NATO but keep the country a non-aligned in the comity of nations; it however, gave birth to a movement called Euromaidan. In their relations the year 2014 when Russia attacked Ukraine and, the same year annexed Crimea into Russia proved decisive and further paved the way in favour of joining the military alliance. In addition, the same year Parliamentary elections were also held in October wherein the nation got a pro-NATO government and efforts for joining NATO became a national priority.

Even a constitutional amendment was made in February 2019, which provided for Ukraine’s membership of NATO and European Union and enshrined it in the preamble’s basic law of the land.

A further development took place in June 2021 at the Brussels Summit of NATO countries wherein its members reiterated the decision taken earlier in 2008 which provided in regard to Ukraine’s full membership of NATO alliance and was an integral part of the Membership Action Plan (MAP) and preserved the nation’s rights to decide about their future and foreign policy.

On account of resistance by France and Germany the membership of NATO was not offered to Ukraine and Georgia, but the then Secretary of the alliance said that both Georgia and Ukraine would eventually become the members of the alliance. From there onwards, the relations between the NATO countries and Ukraine remained cordial and co-operative

In the Presidential election of 2010, membership of NATO was not felt urgent and all parties expressed satisfaction over its relations with the alliance. Thus, during the whole regime of Viktor Yanukovych (2010-2014), they both continued to hold joint seminars, and joint tactical and strategical exercises and operations.

Meanwhile, the Euromaidan movement reached to a new height in February 2014 and, as a result, President Yanukovych fled from Ukraine, paving the way for the formation of a interim government headed by Yatseniuk which on 29 August 2014, taking in view the security of the country and reports that Russian military was operating in the country, expressed the desire to put a proposal in the Parliament to move Ukraine on the path of NATO membership. He was also hopeful about a major non-NATO ally status relation with the USA. On the other hand, gradually, Ukraine began drifting away from the Russia-dominated alliances and following the parliamentary election of October 2014, the new government declared its priority would be to join NATO and two months later in December 2014 it renounced Ukraine’s non-aligned status saying it to be ineffective in guaranteeing country’s security and protecting Ukraine from external aggression and pressure.

It was followed by several joint exercises by Ukraine and NATO as well as the European Union (EU), reaching a climax on 10th of March 2018, when the Parliament of the country approved an amendment proposal that would ensure Ukraine’s accession to NATO and EU. Various other proposals and resolutions were passed in the Parliament and outside to favour Ukraine’s membership, including a voting on the issue in the Parliament which was passed with a majority of 334 out of 385 to help the country joining the alliance. However, these all steps were harshly criticized and condemned by Russian Federation on a number of occasions.

Still, the country Ukraine is not a full-fledged member of the NATO and its Membership Action Plan (MAP) remains unfulfilled, despite the fact that the alliance is present in Ukraine and the latter is making efforts to join the alliance, although, interactions and mutual understanding between them arrived a new strategic level and maximum exchange of war material and other are going on in a big way.

At the time Ukraine initiated its move for NATO membership, it was half-heartedly supported by the then ruler, it however, changed increasingly after the annexation of Crimea in 2014 and extension of Russian military and armaments up to the border of the country. In fact, the issue of Ukraine’s membership of NATO has become a bone of contention between Russia and Ukraine in accordance with the security perceptions of both. While Ukraine supposes Russia a grave security threat for its territorial integrity, independence as well as freedom, Russia, in context of Cold War and rivalry with the USA, considers Ukraine’s membership a red alarm at its doorstep.