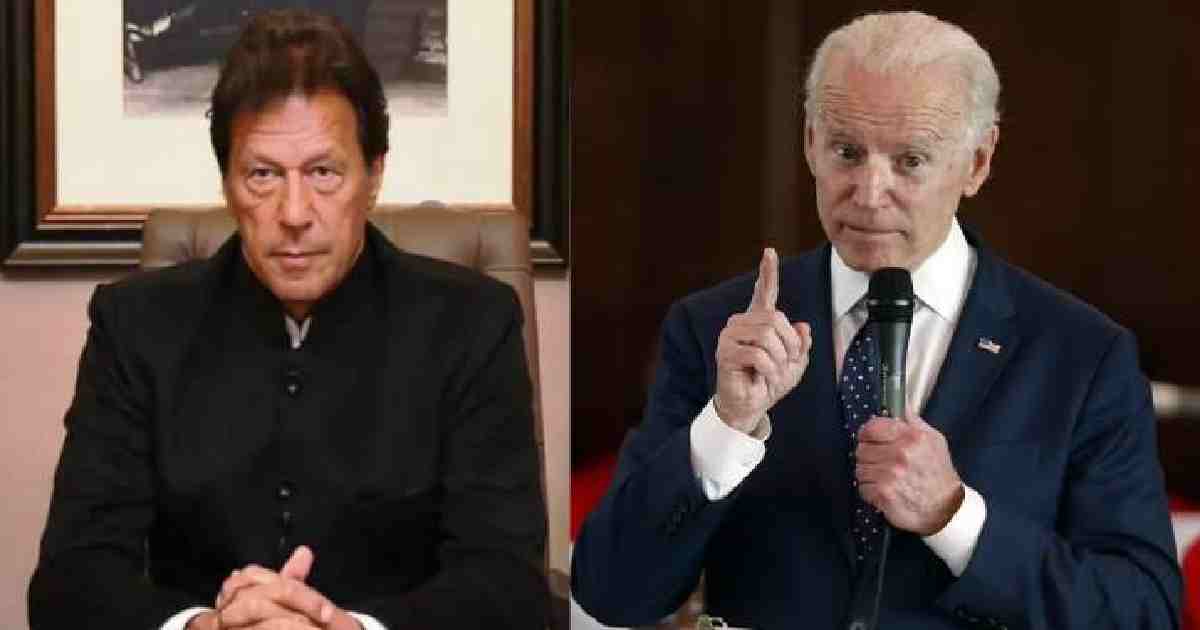 Pakistan’s decision to skip Joe Biden’s ‘Democracy Summit’ is both valid and timely. The reiteration that “we value our partnership with the USA which we wish to expand bilaterally as well as in terms of regional and international cooperation” and that Pakistan would like to engage with Washington “at an opportune time in the future” is also appropriate.

The immediate reasons for the decision could include the invitation extended to Taiwan which Pakistan considers an integral part of China. Its presence at the Democracy Summit would have, therefore, been a source of embarrassment for its most trusted friend which has stood by it in its myriad hours of trial. It could also be because Russia has been left out of the list of invitees with whom Pakistan is trying to build a partnership for the furtherance of causes which are of mutual benefit to the two countries including how best to tackle the evolving situation in Afghanistan.

The US interests run counter not just to the interests of Afghanistan, but the entire region. While pushing the prospect of peace back, it also raises the spectre of continued unrest in the region, thus pitting it against the USA in the long run. It is, indeed, a short-sighted policy which is not going to benefit anyone, not even the USA.

Yet, there is much more to the decision than just that. In a recent piece for another publication, I had listed five major areas of divergence between the USA and Pakistan which I thought would not be easily reconcilable. These differences pertain to a number of issues which are impacting the shaping of events in this part of the world.

The first divergence relates to the evolving situation in Afghanistan. If the Taliban are able to bring stability to the country, as looks increasingly possible, it would provide a massive boost to the potential of Pakistan’s connectivity with the regional countries. This would inevitably contribute to the shifting of the power balance in the region in favour of China. The USA and the western world would not be comfortable with the prospect.

There is a core strategic divergence between the USA and Pakistan. While the USA is resolutely pursuing a ‘contain China’ policy in close partnership with India, it is not possible for Pakistan to either support this effort, or even look at it favourably. In fact, its strategic interests are inextricably linked with China with whom it has had a history of trustworthy, deep-rooted and sustainable relations stretching back to decades. This is quite unlike the relations it has had with the USA which, at the best of times, have only been transactional with no element of permanence ever visible.

The third divergence relates to the China-Pakistan Economic Corridor (CPEC) which is perceived as a block in the way of the American pursuits in the region. This initiative is not only beneficial for China and Pakistan, but it has huge potential for Afghanistan and other regional countries in terms of enhanced and productive economic connectivity. This would help these countries lift their people out of poverty and facilitate them to pursue the core objectives of development and progress.

The fourth spanner in the works relates to the fact that the U.S. is interested in a region that is dominated by India to facilitate and augment its ‘contain China’ policy. Given the history of chequered relations with its eastern neighbour, a deepening lack of trust and the precarious, almost belligerent state of existent relations, Pakistan will not live with that stigma.

The fifth divergence is rooted in the perception that the USA would like to keep the region unstable so that it could deny the fruits of economic progress to its people. This could be achieved by pushing towards a new cold war era which is amply reflected in the increasingly hostile western approach towards China. This runs contrary to the combined regional resolve to expand economic linkages among the countries stretching from China through Pakistan, Iran, Afghanistan and Central Asia all the way to Russia, thus facilitating emergence of the new economic power corridor.

By aligning itself with the region, with wh5ch its interests have always been inextricably linked, Pakistan is making amends for a policy aberration which was committed back in the  1940sand 1950s when it stretched itself across vast turbulent waters to shake hands with the USA, which compromised its natural linkages.

This cost Pakistan dearly through the succeeding years, more so because, in spite of opting for the USA; it was never able to build stable and sustainable relations with its non-NATO ally. These relations were always an up and down thing, mostly working to the detriment of Pakistan’s interests. It was even subjected to the sanctions regime to be punished for getting out of the prescribed line. It remains on the US hit list through the FATF, IMF, WB and such other veritable extensions of consistently growing levels of hubris, primarily focused on guarding and advancing the US strategic interest in the region, irrespective of the nature of the sinister tactics employed and the consequent damage it would accrue to the regional countries.

As Pakistan was going through this unstable and, at times, extremely tense partnership with the USA; its relations with China kept growing at a consistent pace. These relations were different in nature from what it has had with theUSA. These are rooted in mutual trust and respect which, with time, grew into a sustainable and robust economic and strategic partnership. CPEC was born out of this trust which has benefited the two neighbours and holds a promise for other countries of the region once peace is established in a war-ravaged Afghanistan.

The core issue that the USA suffers from, is how it looks at the situation evolving here and how that would impact its ‘contain China’ policy. There is a strong perception that the prospect of peace in Afghanistan and the US policy objectives run counter to each other. The reason is simple: if there is peace in Afghanistan, CPEC will grow further as an economic linkage between various countries which, in turn, will facilitate the emergence of a parallel and powerful economic and strategic corridor running throughout the region. This will, in time, begin to dent the dominant position that the USA has traditionally held with regard to being the leading international economic powerbroker.

The US policy is amply reflected in its approach to the Taliban government. They entered into a dialogue with them which led to the Doha Peace Deal in February 2020, providing for the withdrawal of their troops by a stipulated date, later extended to August 15. In spite of requests from virtually all countries around Afghanistan to plan their withdrawal in an orderly manner and link it with key steps which the Taliban had promised to take, the USA insisted on a most disorderly exit, leaving the country in indescribable chaos.

Then is the question of stabilising Afghanistan which, for all the years the USA was present there, had survived on the Western aid package. Not only have the USA and its western allies stopped all inflow of capital into Afghanistan, they have also frozen $9 billion in Afghan central bank assets. Furthermore, the USA imposed sanctions and cut off the country from the international financial system which caused an instant economic collapse. In spite of the fact that the EU and some international organisations have announced aid packages, the same cannot be transmitted to Afghanistan because of fear of reprisals by the USA. Thus, economic activity remains at a standstill in the beleaguered country which is virtually tottering on the brink of starvation and a massive humanitarian catastrophe.

It is quite clear that the USA is not interested in creating stability in Afghanistan. On the contrary, its policies are directed to generate civil war-like conditions so as to push the prospect of peace back. Continued unrest and instability in Afghanistan constitute the key components of the US policy in the region which adversely impact the growth potential of other countries.

The US interests run counter not just to the interests of Afghanistan, but the entire region. While pushing the prospect of peace back, it also raises the spectre of continued unrest in the region, thus pitting it against the USA in the long run. It is, indeed, a short-sighted policy which is not going to benefit anyone, not even the USA.

Hubris, they say, has no limit. And neither has its destructive consequences!