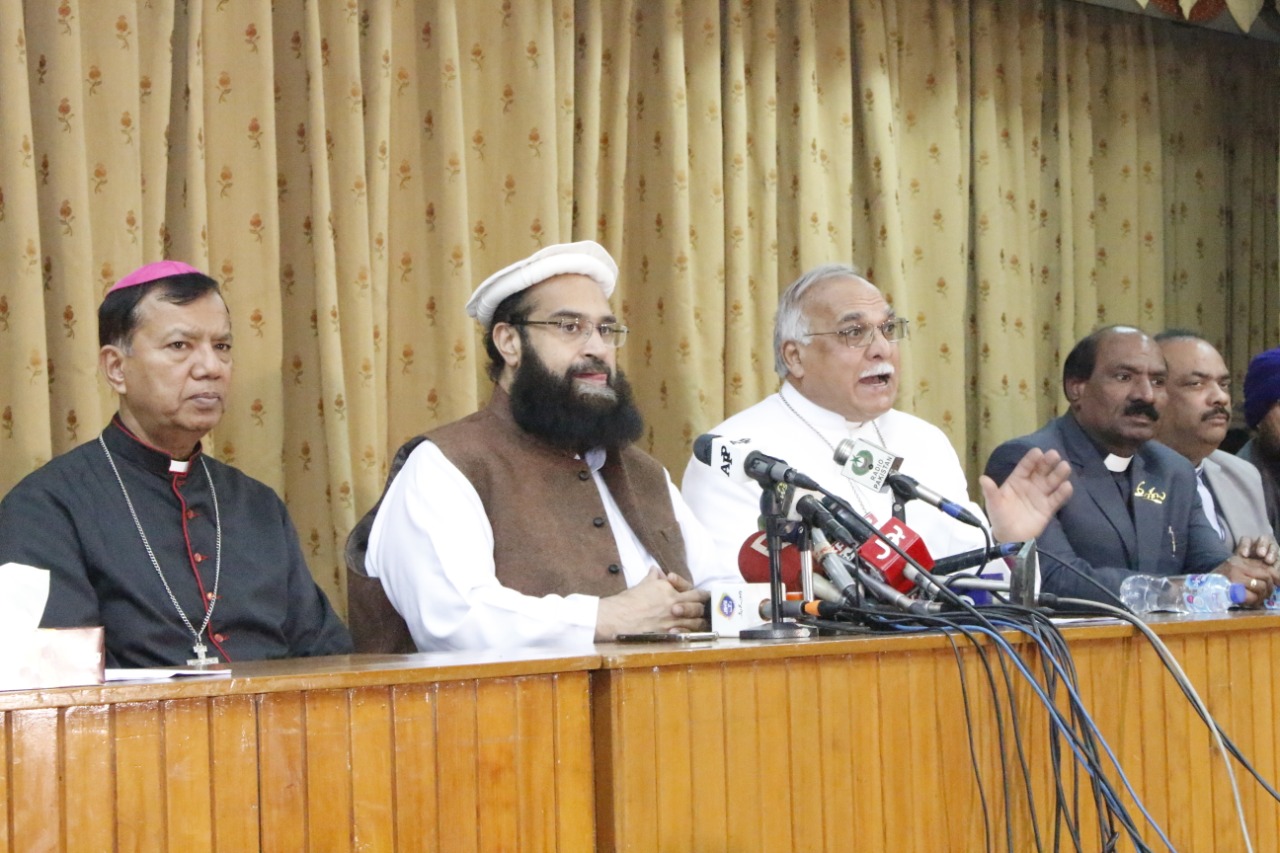 LAHORE: The government is determined to punish all those who make false allegations of blasphemy to curb the misuse of the highly sensitive laws, a key aide to the prime minister said after a meeting with the church leadership on Saturday.

Addressing a joint press conference after an important meeting with the church leaders, Prime Minister’s Special Representative on Religious Harmony Allama Hafiz Tahir Ashrafi said that following the unfortunate lynching of Sri Lankan national Priyantha Kumara in Sialkot, the government and state authorities had decided to take stern action against those who misuse the blasphemy laws for personal motives.

“We have decided to take punitive action against those who are maligning Islam and Pakistan for their vested interests,” he claimed.

On the issue of forced conversion and marriage of underage minority girls, Ashrafi said that the concerns of the church leadership were legitimate and the government would work to make sure that no girl under the legally marriageable age was subjected to forced marriage.

“We have decided to make a council in collaboration with the church both at the government and organizational levels to investigate cases of forced conversions of minority girls,” he said, vowing that the State was responsible for the protection of all minority communities in Pakistan.

Speaking on behalf of the Christian community, Bishop Marshall condemned the gruesome killing of Mr Kumara, saying the incident had brought shame to the country.

“We are deeply saddened by the unfortunate incident, and as Pakistanis, our heads hang in shame. Mr Kumara’s killing is not the first such incident carried out in the name of religion, therefore we demand the State authorities and the government to stop the misuse of the blasphemy law by cracking down on elements and groups that seek to sow discord in society,” said Bishop Marshall.

He said that huge public outcry over the Sialkot incident showed that a majority of Pakistani citizens were concerned about the direction in which Pakistani society was headed.
“We appreciate the stance taken by Prime Minister Imran Khan, Chief of Army Staff General Qamar Javed Bajwa, government ministers and Islamic religious scholars but we expect that they will come up with a mechanism to stop these atrocities and make Pakistan safe for all,” he said.

Reiterating his suggestion for setting up a special task force comprising officials of the Pakistan Army and intelligence agencies to investigate blasphemy allegations, Bishop Marshall said the issue had gone beyond the control of the local police.

“Police cannot sustain pressure in blasphemy cases. If the task force comprising army officials finds the allegations false and clears the accused, I don’t think any religious party or group will have any objection to that. Similarly, any person found guilty of the charge should be proceeded against according to the law,” he said.

The senior church leader also criticised the government for ignoring leaderships of the religious minorities while formulating legislations pertaining to their communities.
“The government did not take us on board when it rejected the anti-forced conversion draft bill. It also ignored us in the drafting of the national curriculum. Has the government made sure that the new curriculum does not promote discrimination