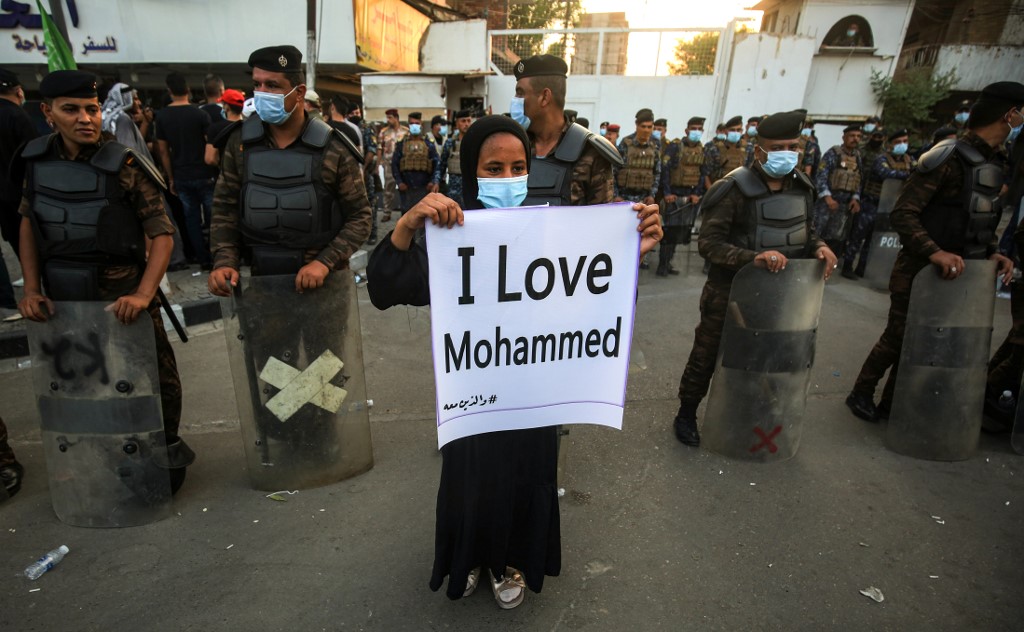 The blasphemy committed by BJP politicians Jindal Kumar and and Nupur Sharma is not a first in recent times in this modern world. A so-called modern and civilized world where disgrace of sacred personalities of other religions is allowed and is considered as a right in the name of freedom of speech, but has no understanding of ethics, morality, and basic human values to respect the feelings and passions of other people.

Islam is the second largest religion of the world. Its followers are estimated at 1.8 billion. More than 24 percent of the world population identify themselves as Muslims. Islam is the official religion in 26 countries in Asia, sub-Saharan Africa, North Africa, and the Middle East. So peace will always be at risk unless these shameful incidents are discouraged entirely.

The concept of freedom of speech, especially in a religious context, is a byproduct that keeps on evolving in the modern Western world with the separation of religion from the state after the Renaissance. In the modern world adaptation of religion as a personal or private affair and limiting of the role of religion due to the stationary, rigid, irrational, and illogical behavior of the religious representatives developed an approach of revolt and protest against religious personalities.

In this perspective, the lack of importance of religion in daily life, confinement of the role of their religious leaders in all spheres, and shift in the goals of life from spiritual to the material, the so-called human society has been deprived of all rational and human values. This attitude encourages others to disgrace other religions and their religious personalities in the name of freedom of expression and speech.

But the West should never forget that the devotion of a Muslim to his religion, religious personality, and sacred text is different and distinctive from the followers of all other religions from the very first day up till now. A Muslim may be non-practicing but cannot listen to a single word against, and cannot bear any disgrace of, his religious beliefs and sacred personalities.

Why is it so easy for someone to utter blasphemy against the Holy Prophet (PBUH)? Why do the blasphemers not bother to consider the sentiments of the billions of Muslims around the world?

From Mahashe Rajpal to Salman Rushdi and Taslima Nasreen to Nupur Sharma and Jindal Kumar the blasphemers keep emerging, committing blasphemy and hurting the sentiments of the Muslims. Hurting the feelings and sentiments of the followers of Islam, which is the second largest religion of the world, is it a freedom of expression and speech?

So,the state of anguish often created by the blasphemers as a result of the unbridled power to speak pleads to the policymakers around the globe that there should be a universal approach to end blasphemy around the globe.

Mocking other religions, their beliefs,practices, and committing blasphemy against the sacred personalities is by no means an expression of freedom of speech.

No doubt Tauhid (oneness) of the Almighty is the first and the basic belief in Islam. But all teachings of Islam revolve around the concept of prophecy and finality of prophethood (PBUH). Because for a Muslim the source of faith, conviction and belief on all teachings and practices of Islam is only the Holy Prophet (PBUH).

The Quran says: “You n ever raise your voices louder than the Holy Prophet (PBUH). The tone of your voices must be lower than Him (PBUH) because of His(PBUH) respect and dignity. Otherwise your whole good deeds would be wasted because of your loud speaking. When our Prophet calls you, rush and run towards Him (PBUH) leaving all things, even religious practices”.

Baad az Khuda Buzurg toi qissa mukhtasar (How one can explain your greatness, I can only say that after the Almighty, all the greatness and prestige is only for you).(Rumi)

He further says that if you want to be a Muslim the only criteria is obedience, submissiveness, respect, love, and sacrifice for the respect, dignity, mission and message of the Holy Prophet (PBUH).

One should think rationally, humanly and impartially that how is it possible for the followers of this religion to accept any sign of disgrace in respect of their Prophet (PBUH). For a Muslim, the sacrifice of everything for the sake of the Holy Prophet (PBUH) is first and the last a religious obligation.

But despite knowing the importance of the Prophet (PBUH) for the Muslims what prompts a blasphemer to commit such an impious act? Is it only the illusion of freedom of speech? Is it a natural instinct?

There can be several reasons for blasphemers to commit such an unsacred act. But three reasons are at the core of the act. 1) The Illusion of social, political, religious, cultural, racial, intellectual superiority or hegemony. 2) Weak resistance, reaction, and repulsion to the act. 3) Hidden motives

A blasphemer considers himself religiously, culturally, racially, and intellectually superior and thinks that it is his right to mock the religion, pass derogatory remarks, and commit blasphemy.

Salman Rushdie committed blasphemy but was protected and never punished by the British government. Not only that, he was later honoured for his service to literature. The question here is how a blasphemer can be honored in that way hurting the sentiments of the billions of Muslims. The British government did not take into account the sentiments of Muslims around the globe.

While the reaction of Muslim states to this incident is another story. The reaction to such incidents usually consists of protests, sit-ins, and rallies in different states but that does not make any difference. But, the reaction has always lacked a solid collective approach. All the Muslim states should respond collectively, unitedly, effectively and actively against the country of the blasphemer at least in the boycott of the products of that country and breaking the diplomatic relationship.

The blasphemy committed recently in India justifies the third reason mentioned above. The hidden motives are sometimes the real reason behind these acts which the governments use to pursue their agendas.

Though the act was committed by two people, the whole Indian government is benefiting from it.

It is the duty of enlightened intellectuals all over the world from all the religions to build up a culture of co-existence and develop a sense of interfaith harmony among their followers.

Islam is the second largest religion of the world. Its followers are estimated at 1.8 billion. More than 24 percent of the world population identify themselves as Muslims. Islam is the official religion in 26 countries in Asia, sub-Saharan Africa, North Africa, and the Middle East. So peace will always be at risk unless these shameful incidents are discouraged entirely.