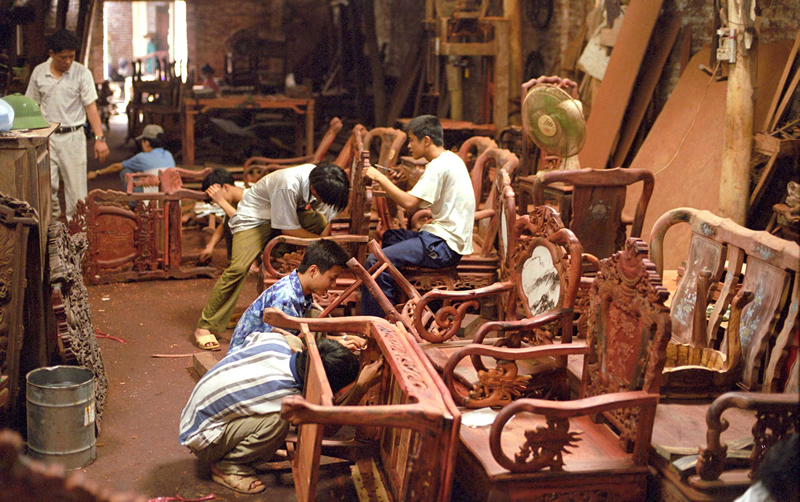 ISLAMABAD: Pakistan Furniture Council (PFC) has said that furniture exports registered a 202.49 percent increase during the first four months of the current fiscal year 2021-22 as compared to corresponding period of last financial year.

PFC Chief Executive Officer (CEO) Mian Kashif Ashfaq said this on Sunday during a meeting with a delegation of SMEs experts which, led by Chen one Chief Financial Officer (CFO) Nasir Hussain, called on him, according to a press statement.

Kashif said that during the period under review, furniture worth $2.78 million was exported. He said the furniture industry has a big potential to dominate global markets with innovative designs and can significantly contribute to exports; however, it direly needs a package of incentives and facilitation for further boosting exports.

He hoped that under the dynamic leadership of Prime Minister Imran Khan, the furniture sector would grow and flourish in the days to come. He said that the business community had pinned high hopes on the Pakistan Tehreek-e-Insaf-led government, adding that Imran Khan’s government was committed to providing all facilities to businessmen to enhance the volume of exports.

Kashif said unfortunately, in the past the furniture sector remained badly neglected and it needs special attention of the Federal and provincial governments for the training of woodworkers on modern lines to meet international standards.

He stressed the urgent need to explore the international market for boosting our exports as there is a lot of potential in Pakistani products, adding he said the value of furniture export was very nominal but the beginning had been made, and with aggressive marketing strategy the value of exports could be doubled in a short span.

He said if the government extends its support to furniture companies, the volume of export could touch the figure of $ 5 billion for the next five years. He urged the businessmen to work extensively to promote local industry in Pakistan.

“Pakistan is blessed with abundant resources and our people are equipped with the best of inherited skills that can help develop the country at par with developed countries ,” he added.

He said the PFC was committed to supporting Pakistan’s young entrepreneurs associated with the furniture and interior designing sector whose innovative thinking had the potential to unlock great economic prosperity.