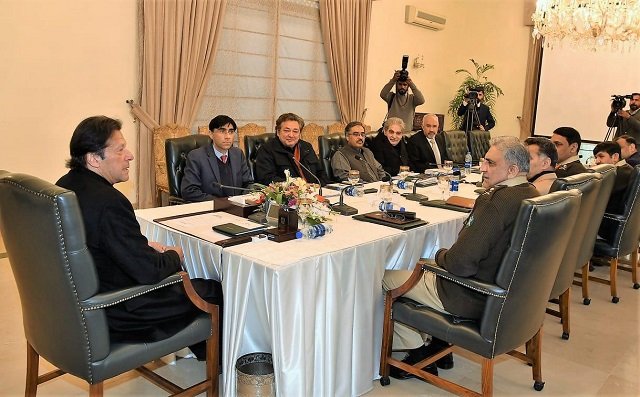 ISLAMABAD: The federal government has decided to implement a comprehensive strategy to curb violence in wake of the mob lynching of a Sri Lankan national in Sialkot.

The decision to implement the strategy came during a meeting chaired by Prime Minister Imran Khan here, where the overall security situation in the country came under review, a statement from the PM’s Office said.

The Sri Lankan, Diyawadanage Don Nandasri Priyantha, was working at a factory in Sialkot where hundreds of people, including workers from the factory, had tortured him to death last week and later burnt his body over blasphemy allegations.

“The meeting expressed serious concern over the cruel act of killing of Sri Lankan national Mr Priyantha Diyawadanage in Sialkot and expressed the resolve to bring the perpetrators to justice,” the statement said.

The participants of the meeting were of the view that individuals and mobs cannot be allowed to take the law into their hands and such incidents cannot be tolerated, the statement said.

“Therefore, a comprehensive strategy shall be implemented to curb such incidents and strict punishments to all the perpetrators shall be ensured,” the statement said.

The participants praised the bravery and courage of Malik Adnan who endangered his own life to save Diyawadanage and conveyed deepest condolences to the family of the deceased.