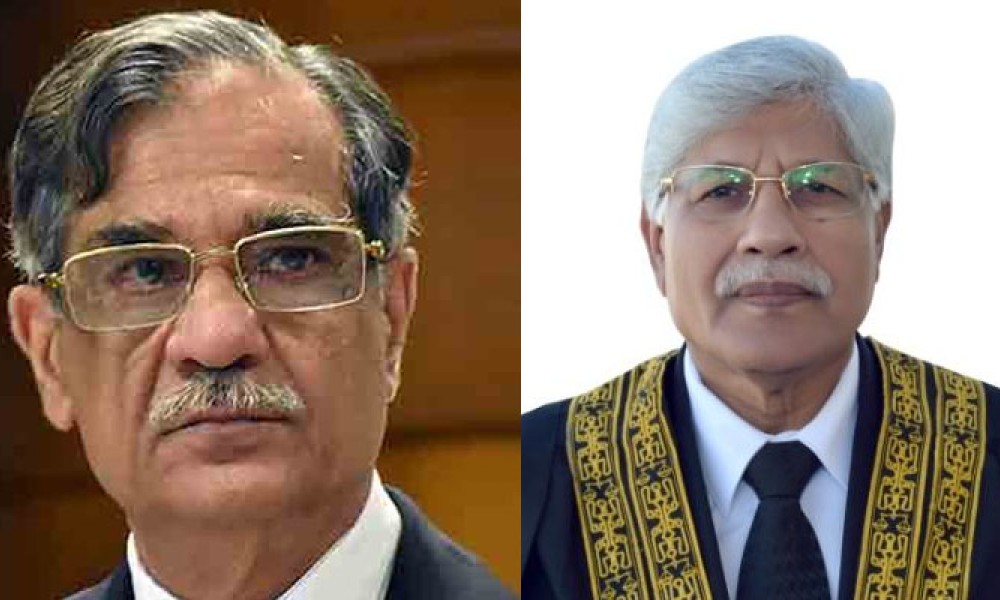 ISLAMABAD: The Islamabad High Court (IHC) on Monday deferred the indictment of former Gilgit-Baltistan chief judge Rana Muhammad Shamim in a contempt case against him.

In the last hearing on Tuesday, IHC Chief Justice Athar Minallah gave a last chance to the now-retired judge to submit the original affidavit he authored and signed in London by December 13 (today).

On Monday again, the court found itself pressing the former Pakistan Muslim League-Nawaz (PML-N) office-bearer and a close aide to its supreme leader Nawaz Sharif to surrender the original copy of the affidavit.

In November, Shamim opened Pandora’s box claiming former chief justice Saqib Nisar did not want Sharif and his daughter Maryam Nawaz to be released on bail ahead of the general elections in July 2018.

The two were convicted in a National Accountability Bureau (NAB) reference related to their ownership of four multi-million-dollar London apartments weeks before the elections on July 25. When their counsels moved the high court for suspension of the conviction, the case was adjourned until the last week of July.

Nisar had travelled to the mountainous region for vacations in 2018, an affidavit Shamim purportedly signed in London during a trip to the British capital last month, said.

On one occasion, the then top judge appeared “very disturbed” while speaking to the Supreme Court registrar on the phone, asking him to get in touch with a high court judge.

Once able to get in touch with the judge, Mr Nisar ordered him that “Nawaz Sharif and Maryam Nawaz Sharif must remain in jail until the general elections are over. On assurances from the other side, he [Nisar] became calm and happily demanded another cup of tea.”

The other judge was not named in the affidavit.

Today, Attorney General Khalid Jawed Khan said Shamim had deliberately leaked the contents of the affidavit, adding the proceedings regarding the indictment could be resumed after submission of the original document.

He also said the responses submitted by Ansar Abbasi, The News reporter who broke the story, and Shamim were contradictory, adding the suspects must be ordered to submit counter-affidavits.

However, the court said it was giving another chance to the accused to satisfy the bench over the proceedings against them.

Abbasi also contested the response of Shamim submitted to the court that termed the contents of the affidavit were “confidential”. He said when he contacted Shamim to seek his version, the former judge did not mention anything of the sort.

At this, Justice Minallah said Abbasi could submit a new response if he wanted to add anything to his defence.

Subsequently, the court adjourned the hearing until December 20.