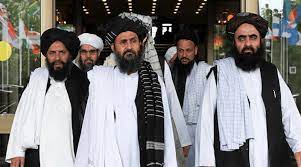 The Taliban are reality now in Afghanistan. They are the ruling elite in the country. No country can negate this reality. They have defeated the world’s strongest military forces and captured Kabul last year. The international community must brace itself to deal with the Islamic administration in Afghanistan. There are so many takeaways from the fall of Kabul as few countries are taking political benefits out of it while many are struggling to find their footprints in the landlocked country.

India has been one of the countries, who is at the losing end. New Delhi had strong and close political, economic and strategic bonding with the Western-backed Afghan government of Hamid Karzai and Ashraf Ghani. India used both former Presidents Ghani and Karzai to accomplish its objectives, be they political or strategic. India engaged the former Afghan rulers to destabilize Pakistan and extended financial help to anti-Pakistan elements.

Unfortunately, the previous successive Afghan governments graciously helped India to malign Pakistan and create anti-Pakistan sentiments inside and outside Afghanistan. The former Afghan rulers, at India’s behest, had maligned Pakistan at different international forums, accusing Islamabad of supporting the Taliban and weakening the Afghan government. It is pertinent to mention here that all this was done on flimsy grounds and to praise their political pundits sitting in New Delhi.

Despite this joint propaganda by India and Afghanistan, Pakistan always helped Afghanistan with open hearts especially to serve the people of Afghanistan, who have been suffering terribly due to the US-led war against terror in the country. After spending billions of dollars in Afghanistan, India’s streak of anti-Pakistan activities has been broken now. It is, however, at the losing end right now since the arrival of Taliban in the helm of affairs in the country.

After boycotting the Taliban’s negotiation with the American Administration, the Indian government has now started engaging with the Afghan Taliban. So far, it does not seem optimistic about its ties with the Afghan Taliban. On the other hand, the Taliban has asked India to open its diplomatic presence in the country and restart work on the incomplete projects inside the country. As far as international relations are concerned, this is a good omen. The Taliban are now trying to change their governance model and presenting themselves as moderate this time around as compared to their previous rule back in the 1990s.

It is high time for the international community to keep a close watch on the spoilers of peace in Afghanistan. The Indian government will try to destabilize Afghanistan in order to accomplish its strategic objectives.

India has always viewed the Taliban as a proxy of its archival Pakistan and also maintained close ties with the Northern Alliance against the Taliban. Historically speaking, the Northern Alliance had remained against the Pakistani role in Afghanistan. First visit of an Indian delegation, led by J P Singh, the External Affairs Ministry’s Joint Secretary, to Kabul and its desire to reopen its embassy equates to official recognition of the Taliban regime in Afghanistan. The Taliban regime is a hurdle in the way of Indian support to anti-Pakistan terrorist activities using Afghan soil therefore New Delhi is all set to give a legitimate cover to her ulterior motives for having good ties with Afghanistan.

Recently, an Indian channel CNN-News18 conducted an interview of Afghan Defence Minister Mullah Yaqoob. During the interview,the  Indian anchor tried to ask mischievous questions related to Pakistan and its relationship with the Taliban regime but to the anchor’s disappointment the Afghan Minister replied positively about Pakistan. During anti-Pakistan and India-friendly Afghan governments of the past, New Delhi had free rein to arm and finance terrorists groups to carry out subversive activities against Pakistan. India was among the most eager nations that closed their missions in Afghanistan while leaving behind friendly Afghanistan in chaotic conditions.

Pakistan, putting aside animosity, has granted India permission to send wheat and lifesaving medicines to Afghanistan through Wagah Border on exceptional basis (without paying customs, duties or other fees) for humanitarian purposes. Indian efforts to gain influence in Afghanistan are aimed at preventing Pakistan’s influence in Afghanistan. The world must know the heinous designs and intentions of the Indian ruling elite against Pakistan. There is a need to highlight India’s role as a spoiler in Afghanistan and the region. In this context, Indian efforts to project Pakistan as an aggressor and exploitation of the situation in Afghanistan has clearly been exposed now.

Both Indian media and government are still actively working to malign Pakistan’s positive role in Afghanistan especially in the aftermath of the fall of Kabul. In the wake of the Taliban takeover, Indian TV channels broadcast videos purporting to show Pakistani aircraft attacking Panjshir but in reality, the video was depicting American jets flying in Wales.

It is high time for the international community to keep a close watch on the spoilers of peace in Afghanistan. The Indian government will try to destabilize Afghanistan in order to accomplish its strategic objectives.

The writer is a freelance columnist