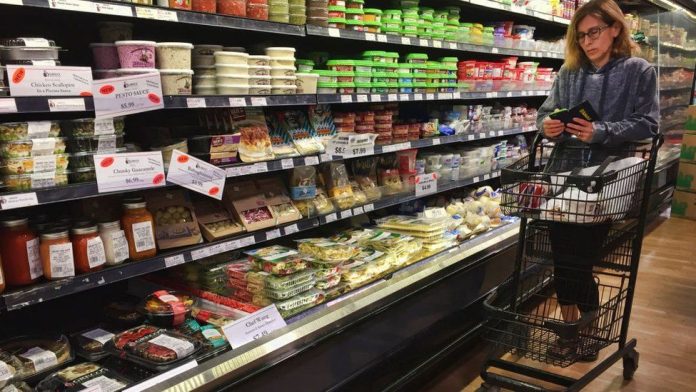 Inflation and price hikes have become a global phenomenon in recent months, hitting the lower and middle income classes harder across the world.

A new poll found that nearly 60 percent of Canadians are having a hard time providing enough food for their families.

The results of poll, released by the Angus Reid Institute on Friday, showed that 57 percent of Canadians reported having a difficult time feeding their family recently, an increase from 36 percent when the question was last asked in 2019.

Inflation played a role in this figure, the report indicated, as Canadians were dealing with the highest level of inflation in 30 years.

Data released on Wednesday from Statistics Canada found that items such as cooking oil (41.4 per cent) and white sugar (21.6 per cent) have already seen significant price spikes between December 2020 and December 2021.

Using the ESI, the Angus Reid Institute found that a whooping 98 percent of those struggling found it difficult to feed their families.

Those in the struggling category were not very optimistic about their future wealth either, as just 8 percent indicated that they expect to be in better financial standing this time next year.

The poll also found that 39 percent of Canadians believe their financial standing worsened in the past year, which marks the highest number of Canadians reporting a worse-off financial situation in the 13 years of tracking from the Angus Reid Institute.

According to BBC, prices have also gone up at their fastest rate in nearly 30 years in the United Kingdom.

But there is worse to come, experts have warned.

Soaring food costs and the energy bill crisis drove inflation to 5.4 percent in 12 months to December, up from 5.1 percent the month before, in another blow to struggling families.

And with gas and electricity costs set to rise further in the spring, analysts predict it will reach that level again.

Inflation in the United States rose 7 percent in 2021, an increase not seen since June 1982, the US Department of Labor said this week.

With energy and food prices removed from the equation, the “core” inflation rate in the US was 5.5 percent in 2021, the greatest rate increase since 1991.

High fuel costs and inflationary trends have also worsened the economic situation in countries in European Union and Asia, including India, South Korea, Pakistan and Kazakhstan among others.

The upsurge in fuel prices precipitated a political crisis in Kazakhstan, where people took to the roads to protest against rising inflation.