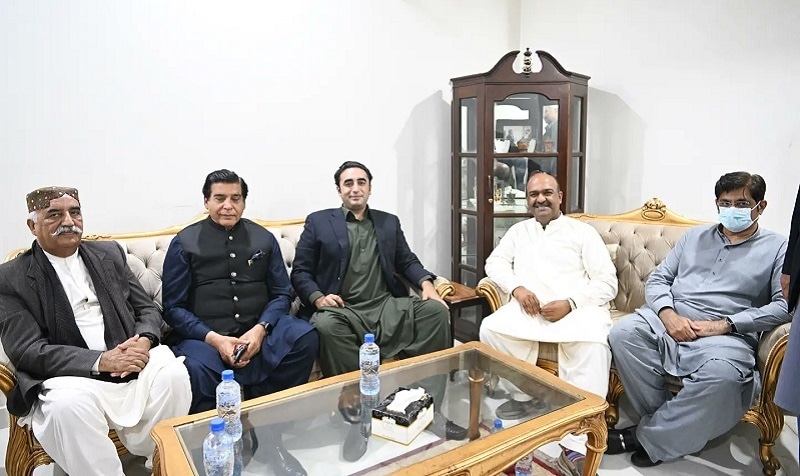 Former special assistant to the prime minister Nadeem Afzal Chan rejoined the PPP, stating that his decision to join the PTI was “wrong”.

Chan had resigned as the prime minister’s spokesperson in January last year, reportedly following the delay in the visit of PTI leaders to Quetta’s Western Bypass where the families of the Machh massacre victims were staging a sit-in.

Chan quit the PPP for the PTI in April 2018 and contested the general elections on the party ticket from NA-88 (Sargodha -I), but lost. His brother Gulraiz Afzal Chan is currently a PTI member of the Punjab Assembly from PP-68 constituency of Malakwal.

Addressing a press conference on Sunday alongside PPP Chairperson Bilawal Bhutto-Zardari in Lahore, Chan said that he was a “political worker” having started his political career around 22 years ago with the PPP.

Chan clarified that he face certain “family-related compulsions” that forced him to join the PTI in 2018, a decision he now regrets.

PPP chairman welcomed Chan on his return to the party, saying that any worker who had  raised the slogan of “Jiye Bhutto” was welcome to the join the PPP.

He went on to say that the government was facing immense pressure due to the opposition’s plan to move a no-confidence motion. “This is the tool that has shaken the entire government to the core and forced it to reach out to its own people.”

“It is a difficult task, but we have to endeavour and it is worth the risk. We have to challenge this government,” he added.

Senator Sherry Rehman welcomed Chan back to the PPP, saying “Old jiyalas are coming back to the party.”