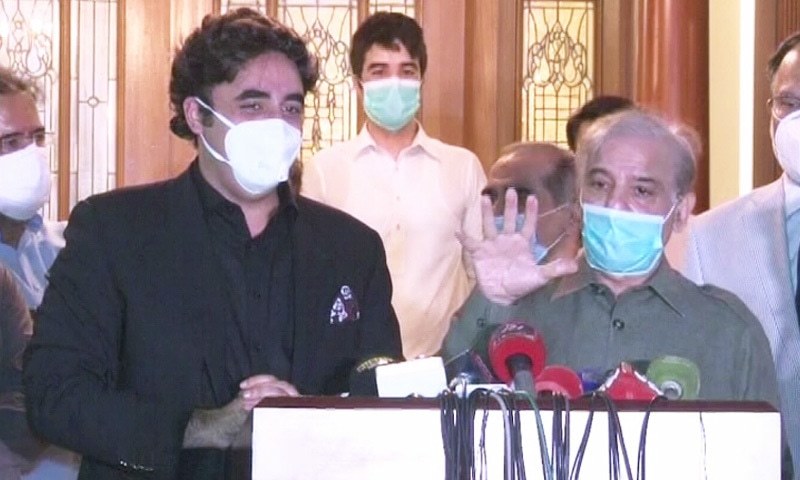 The opposition parties on Wednesday set up a committee to challenge the constitutional amendments put forward by the government in the Supreme Court of Pakistan (SCP).

During a meeting before the joint session of parliament, the opposition parties decided to challenge the constitutional amendments in the top court and set up a committee, which includes PPP leaders Farooq Naik and Kamran Murtaza, and PML-N’s Ata Tarar.

Later in the day, the joint session of parliament approved three important bills, including the use of electronic voting machines (EVMs), the Second Election Amendment Bill 2021, and the Kulbhushan Jadhav bill, allowing him the right to appeal, amid the hues and cry of the opposition.