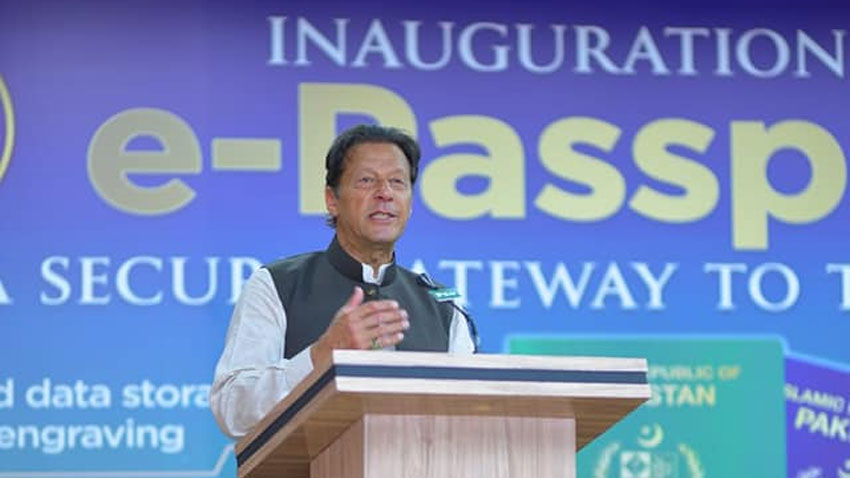 ISLAMABAD: Prime Minister Imran Khan introduced sharing the contents of the so-called conspiracy letter with members of the ruling coalition and journalists, saying Pakistan’s refusal to bow earlier than international strain led to the “imported crisis” in opposition to his authorities.

“This is a foreign imported crisis. This is a conspiracy from abroad. The people who used to control Pakistan and get their demands accepted, just on a phone call, against Pakistan’s national interests, cannot tolerate, or not in a habit of having a government in Pakistan making decisions in the country’s interests,” the prime minister stated whereas addressing the inauguration ceremony of e-passport is Islamabad.

He stated he would share the doc on conspiracy with prime journalists to fulfill the folks pondering it was a “political gimmick”.

“People think there is a drama going on. This is not a gimmick. Since we just want to protect our national interests, we cannot disclose who threatened us. As people claim Imran Khan wanted to protect his government [through the issue], so I decided to share it with journalists,” he added.

The prime minister stated individuals are unintentionally changing into a part of the conspiracy in opposition to the nation.

“I will also invite representatives from allied parties and share [the letter] with them. […] This document is real. This is a conspiracy even bigger than what I said. This is clear in the document,” he stated.

More particulars to comply with