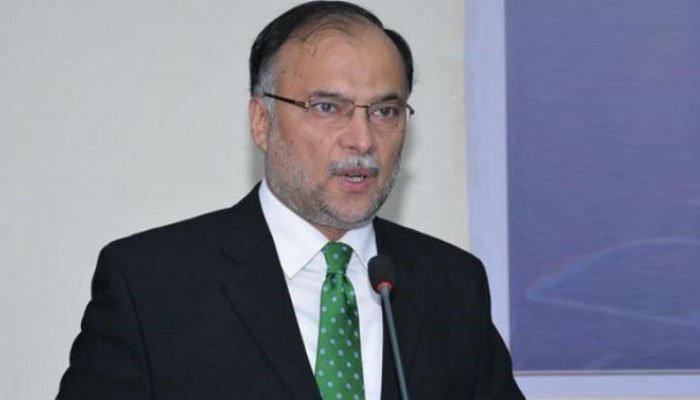 ISLAMABAD: PML-N Secretary General Ahsan Iqbal said the Supreme Court should also take notice of the alleged rigging in the Daska by-election and summon the prime minister and the Punjab chief minister.

Talking to the media, Iqbal said the Election Commission of Pakistan report on the rigging in the by-poll had exposed the government’s “dirty tactics”.

He called for the accountability of those involved in the rigging. “If these people would be held accountable then it will set an example for others in the future,” he added.

Iqbal criticising the NAB said the Finance Ministry informed that the NAB only submitted Rs6.5 billion in the national exchequer after receiving a supplementary grant of Rs5.5 billion in the last three months.

“This is a joke,” he commented.

He urged PTI supporters and those who believed Prime Minister Imran Khan is an honest person, to get information about gifts the premier received from foreign countries and why the government was hiding in the Toshakhana case.

Iqbal also criticised the PTI government for the inflated rate of sugar and questioned why the incumbent government cancelled the tender of sugar that would have fixed sugar price at Rs103 per kilogramme and now it has skyrocketed to Rs160 per kilogramme.

The PML-N leader also questioned how fever medicines worth Rs30 million have suddenly disappeared from the stock.