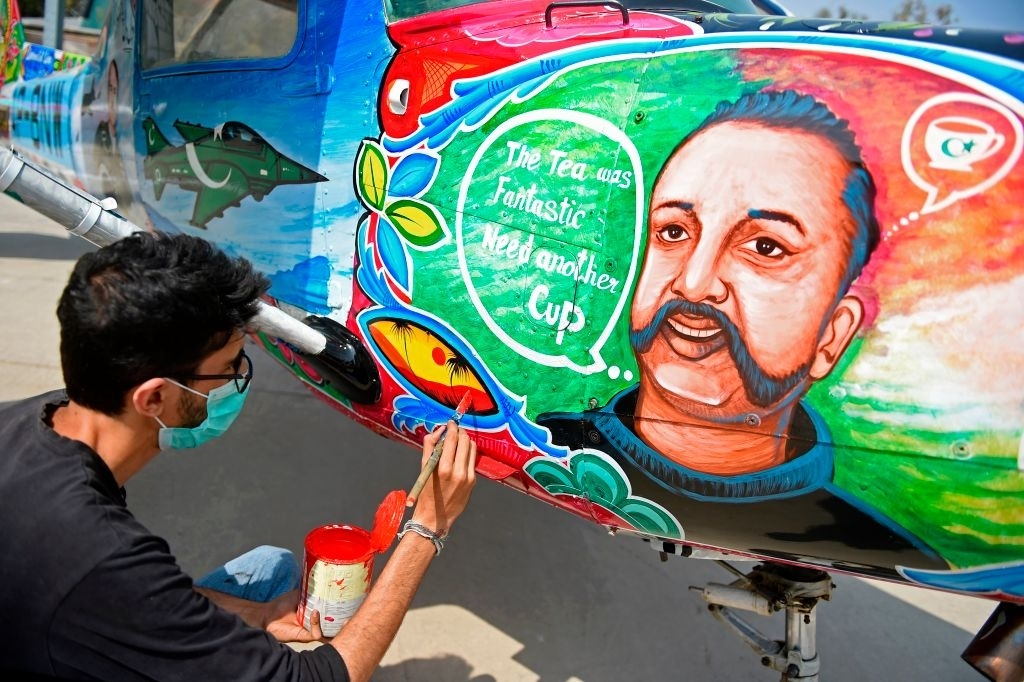 ISLAMABAD: The award of a military honour to Abhinandan Varthaman, the Indian pilot captured in February 2019 when the two nuclear-armed nations came close to war, has caused amusement in Pakistan with the Foreign Office terming it “a classic case of […] fabrications and pure fantasy to appease [the] domestic audience and hide the embarrassment”.

Varthaman was captured after his intruding MiG-21 jet was shot down by a fighter during an aerial clash. His plane crashed on the Pakistan side of the Line of Control (LoC) — de facto border that separates the two sides of the Kashmir region.

Attacked by a group of villagers, the pilot was rescued by military personnel and handed back to his country days later in a bid aimed at scaling back a confrontation that had prompted world powers to urge restraint.

The most striking feature of the event was the announcement by New Delhi that the pilot was being decorated for shooting down an F-16 fighter of Pakistan during an aerial combat that displayed his “exceptional air combat acumen and knowledge of the enemy’s tactics”, The Print reported.

Rejecting the “entirely baseless” claim, Pakistan noted the entire episode was designed to “hide the embarrassment”.

“International experts and US officials have already confirmed that no Pakistani F-16 was shot down on the day, after taking stock of Pakistani F-16 aircraft,” it recalled.

Months following the skirmish, Foreign Policy magazine had contradicted the Indian claim of shooting down the jet, confirming in April — citing US military officials — that Islamabad’s F-16 jets have all been accounted for.

Despite the report, “India’s insistence on propagating a lie that has been thoroughly exposed is ludicrous and nonsensical”, the Foreign Office said.

“Granting military honours for imaginary feats of gallantry is contrary to every norm of military conduct. By giving such award, also as an after thought, India has only made a mockery of itself.”

The statement also “reminded” India that in a “daring daylight action, two Indian aircraft were shot down by Pakistan Air Force on 27 February 2019″.

“One of the Indian Mig-21 Bison aircraft fell down in Azad Jammu and Kashmir. The pilot who ejected was captured by Pakistan and later released as a goodwill gesture. His return to India was [a] testimony of Pakistan’s desire for peace despite India’s hostility and ill-conceived aggressive action.

Another Indian aircraft SU 30 shot down by Pakistan Air Force fell on the other side of LOC. On the same day, in panic, Indian military shot down its own MI 17 helicopter near Srinagar which [was] initially denied [but] accepted later on. Indian Air Force was completely outplayed on the day.”

It further said the “farcical story” of the Indian government possesses “no credibility whatsoever before the international community”.

Islamabad also reiterated that on its part, Pakistan “stands as ready and resolute to thwart any hostile designs as it was in February 2019″. India, it said, would do well to learn a lesson from its botched attempt to violate Pakistan’s sovereignty and refrain from any misadventure in future.