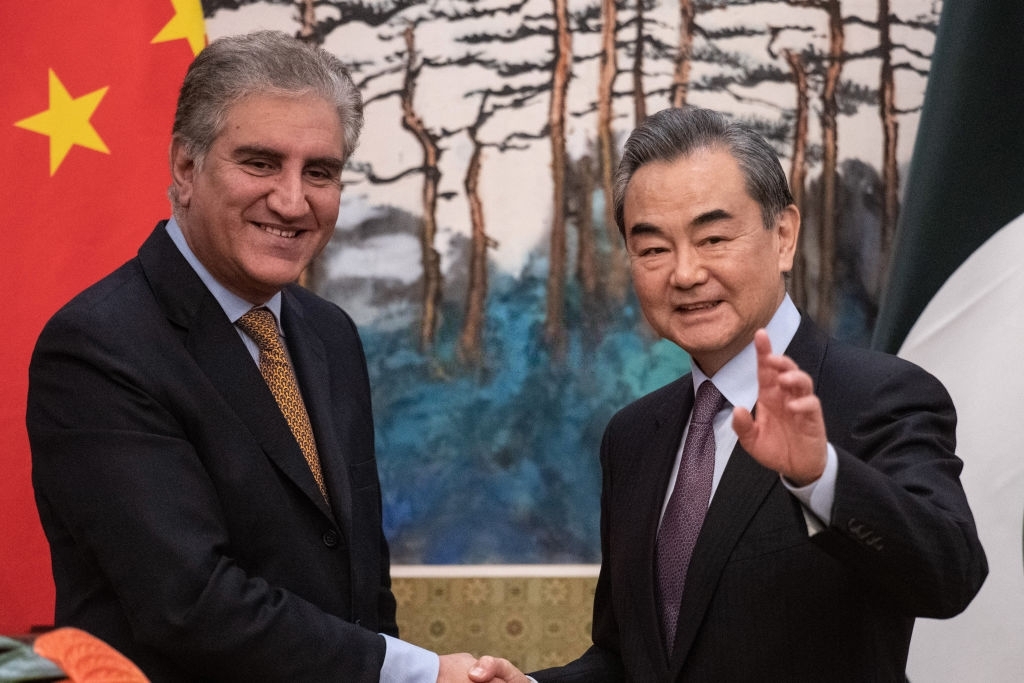 The two foreign ministers discussed bilateral ties and exchanged views on the regional and global situation, the foreign office said in a statement.

“State Councillor Wang Yi conveyed his condolences on the loss of precious lives in the cowardly terrorist attack in Peshawar and sympathies with the families of the victims,” it added.

FM Qureshi underlined that the terrorist act was an attack on the peace-loving people of Pakistan who had rendered tremendous sacrifices to eliminate the scourge of terrorism from Pakistan.

He shared the resolve of the government to continue its unrelenting counter-terrorism efforts and bringing the perpetrators to justice.

Recalling the successful visit of the Prime Minister Imran Khan to China in which various important decisions were taken to advance bilateral practical cooperation, Foreign Minister Qureshi stressed the importance of close coordination between the two sides for early realisation of agreed ventures and projects.

He expressed satisfaction on the high-quality development of CPEC and accelerating industrial relocation and investments to Pakistan.

Qureshi conveyed Pakistan’s concern at the situation in Ukraine and underscored the need for a diplomatic solution in accordance with the relevant multilateral agreements, international law and provisions of the UN Charter. He also shared Pakistan’s concerns over the adverse economic consequences for developing countries resulting from escalating fuel and food costs and disruption of supply chains.

Qureshi apprised FM Wang Yi of his outreach to the foreign ministers of Ukraine, Poland, Romania, Hungary, Russia and the high representative of the European Union.

Maintaining the principled position based on respect for sovereignty and territorial integrity of all states, Pakistan had called for de-escalation and resolution of disputes through dialogue and diplomacy.

FM Qureshi expressed the hope that the talks between Russia and Ukraine would succeed in finding a diplomatic solution.

The two foreign ministers discussed the continued efforts for peace and stability in Afghanistan and emphasised the need for the international community to sustain humanitarian assistance for the Afghan people.

The two foreign ministers agreed to remain in close contact, as per the communiqué.