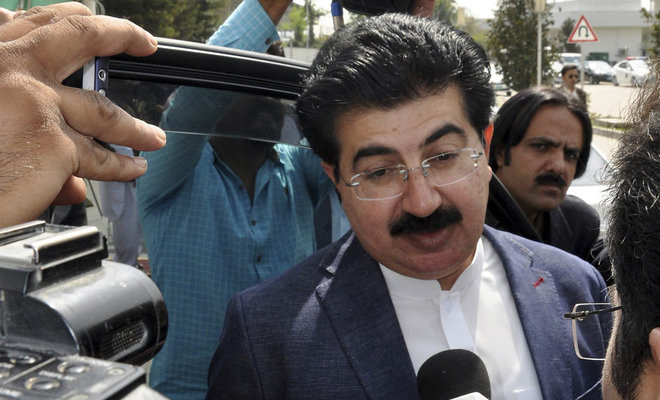 ISLAMABAD: Senate Chairman Sadiq Sanjrani turned down the invitation of Om Birla — the speaker of the Lower House of Indian parliament, or Lok Sabha — who had invited him to attend a function to mark the centennial of House’s Public Accounts Committee (PAC).

PAC — the oldest parliamentary committee in India, and in Pakistan — is responsible for ensuring executive accountability.

Birla had invited Sanjrani through a letter dated 24 August, The Print reported. Citing an official, it reported that invites have gone out to all Commonwealth nations, including Pakistan.

Per the reports, Sanjrani refused to attend any India-hosted event until the withdrawal of the 2019 revocation of the semi-autonomous status of occupied Kashmir.

Pakistan and India have not had diplomatic ties since August 2019, when Islamabad downgraded diplomatic ties with New Delhi following the scrapping of Article 370 that gave special status to the disputed mountainous region.

There has been a slight thaw in ties since earlier this year when the countries decided to honour the 2003 ceasefire along their tense border. However, the latest reports from the border suggest fresh attempts to push terrorists into India.