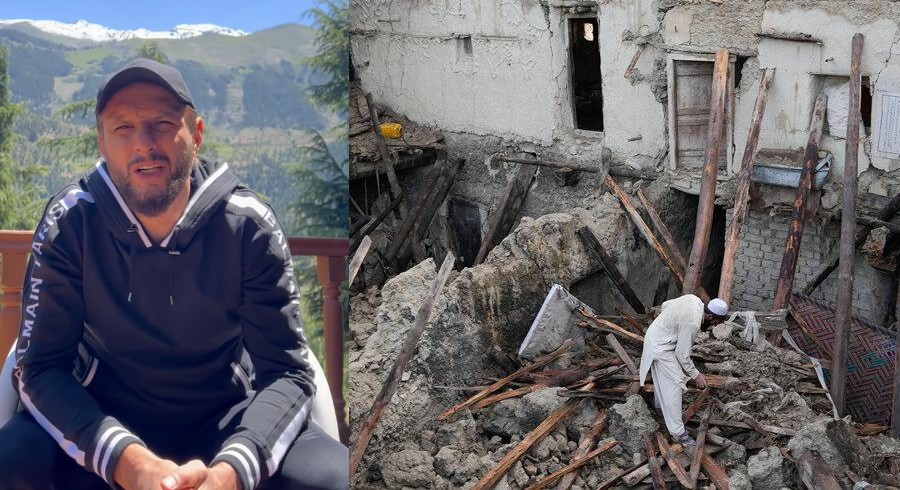 Former Pakistan captain and T20 World Cup winner, Shahid Afridi has announced his commitment to helping Afghan victims who were impacted due to a horrid earthquake on June 22.

Shahid Afridi came forward on the call of Afghanistan’s star leg-spinner Rashid Khan to donate to the families of the victims.

Afridi shared a video on his Twitter to back Khan’s initiative to support his people in testing times.

“I’m supporting Rashid Khan’s campaign to provide relief to earthquake victims in Afghanistan. I have donated on www.backevenstronger.com and I urge all of my fans to donate there,” he said.

“I nominate Wasim Akram, Waqar Younis, and Shoaib Akhtar to donate and make videos to spread the message,” he added.