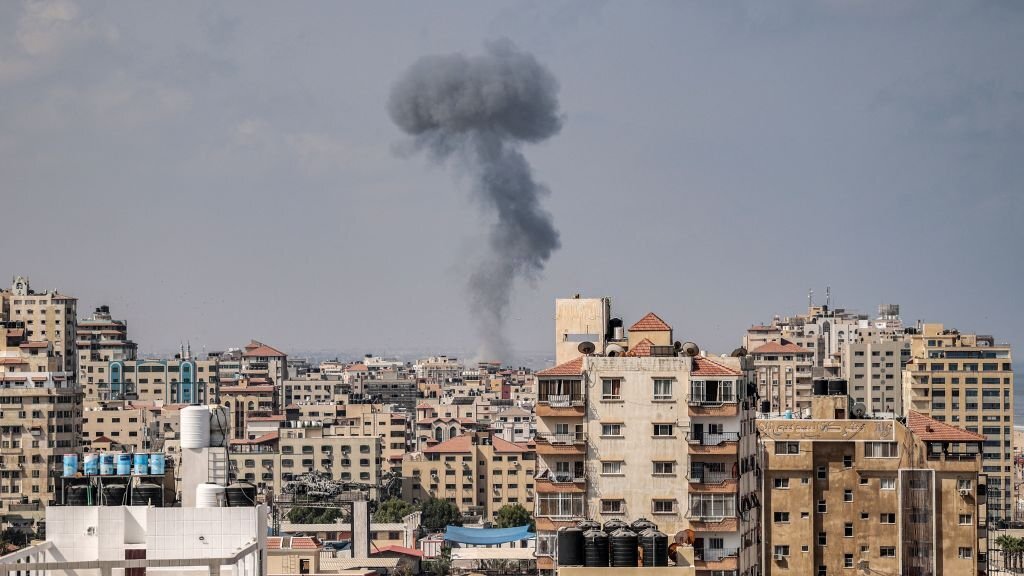 ISLAMABAD/JERUSALEM: The prime minister strongly condemned the latest wave of Israel air strikes on the Gaza Strip which killed more than 15 people, including a five years old girl.

Israel pounded Gaza with air strikes, triggering a barrage of retaliatory rocket fire from the territory. Israel said it was targeting the Islamic Jihad group amid days of heightened tensions following the arrest of an alleged fighter in the occupied West Bank earlier this week.

A blast was heard in Gaza City, where smoke poured out of the seventh floor of a tall building on Friday afternoon. Video released by Israel’s military showed strikes blowing up three guard towers with suspected fighters in them.

“If impunity [and] barbarism had a face, it would have been that of Israel which has targeted Palestinians without any care for consequences,” Shehbaz Sharif tweeted Saturday.

Martyrdom of 10 Palestinians including 5-year-old girl in Gaza is latest act of Israeli terrorism.If impunity & barbarism had a face, it would have been that of Israel, which has targeted Palestinians without any care for consequences.Pakistan strongly condemns Israeli airstrikes

Meanwhile, Yair Lapid, the prime minister of Israel, said the Jewish state was “forced” to launch a “pre-emptive counter-terror operation against an immediate threat” posed by the Islamic Jihad group, following days of tensions along the Gaza border.

Israel and Islamic Jihad have both confirmed the killing of a top leader of the fighter group, Taysir al-Jabari, in the Friday strike on the building in the west of Gaza City.

Islamic Jihad said the initial Israeli bombardment amounted to a “declaration of war” before it unleashed a flurry of more than 100 rockets towards Israel.

Meanwhile, in the West Bank, Israel announced the arrest of 20 people, including 19 Islamic Jihad members, in early morning raids.

Out of 20 people detained in the latest sweep, “19 of them are Islamic Jihad,” the army claimed.

The latest deadly escalation in Gaza was sparked by Israel’s arrest earlier this week in the West Bank of Bassem al-Saadi, a key Islamic Jihad member Israel blamed for orchestrating a spate of attacks.

Islamic Jihad, an Iran-backed group, has a strong presence in Gaza and the West Bank, a Palestinian territory occupied by Israel since 1967.

Israel insisted that Islamic Jihad fighters in Gaza were planning to attack southern Israel in retaliation for Saadi’s arrest, forcing it to launch what the army called “pre-emptive” strikes.