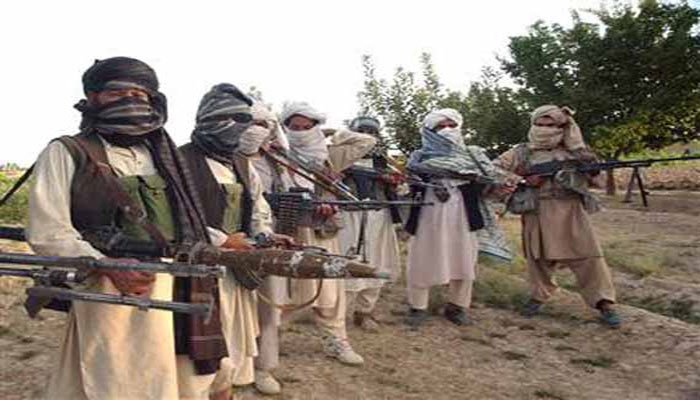 ISLAMABAD: Days before the Afghan Taliban were at the gates of Kabul, Pakistan was already in talks with the government in-waiting to deal with terrorist outfits such as banned Tehreek-e-Taliban Pakistan (TTP) and Baloch groups which have been for years operating out of the neighbouring country.

Pakistani officials in their interactions with the Taliban leadership made a clear demand that all these groups must not only be denied space to operate but also sought military action against them.

After Taliban captured Kabul on August 15, Pakistan shared a list of most-wanted terrorists seeking their extradition.

The Taliban leadership came up with a proposal, offering Pakistan their good offices to initiate talks with the TTP and its affiliates. But at the same time the interim Taliban government promised military action against those groups, which were not willing to reconcile, according to sources familiar with the development.

It was because of this reason that Pakistan initiated talks with the TTP. The two sides reportedly held at least three face-to-face meetings. One was held in Kabul while the other two took place in Khost.

The chief of Haqqani network, Sirajuddin Haqqani, is thought to have played a role of mediator. Although there was no official confirmation, reports suggested that the TTP agreed to announce a month-long ceasefire in return for Pakistan releasing dozens of terrorist group’s prisoners.

“I can neither confirm nor deny the reports of talks between Pakistan and the TTP,” Pakistan’s Ambassador to Afghanistan Mansoor Ahmed Khan told The Express Tribune.

He, however, said engagement with the TTP or its affiliates should be seen in the context of counter-terrorism efforts and a strategy agreed between Pakistan and the Taliban government.

“When we go for the solution of any problem, there are ways to deal with it,” the envoy said, adding that there were elements within terrorist groups who might be willing to reconcile and others who might be dealt with military action.

It is believed that Pakistan is trying to woo reconcilable elements within the TTP and its affiliates. The aim of this strategy is particularly focused on the foot soldiers. If Pakistan succeeds in wooing reconcilable elements, it would weaken the terrorist outfit, according to officials familiar with the government strategy.

When asked whether Pakistan initiated talks with the TTP because of the Taliban government’s refusal to take military action against it, Ambassador Mansoor said this was not the case.

“The Taliban government has not said at any stage it would protect the TTP or give them sanctuary. At every stage they have assured us that no group would be allowed to use Afghan soil against Pakistan,” the ambassador said.

He referred to the October 21 visit of Foreign Minister Shah Mahmood Qureshi to Kabul where according to the ambassador, the Taliban gave a very “positive response” to Pakistan’s demand for tackling TTP and other anti-Pakistan groups.

Qureshi was accompanied by DG ISI Lt General Faiz Hameed and other officials.

But the ambassador had a word of caution, saying at this stage one must not comment on the outcome of the ongoing efforts to deal with the TTP. He said the matter was being dealt by the relevant security institutions in Pakistan.