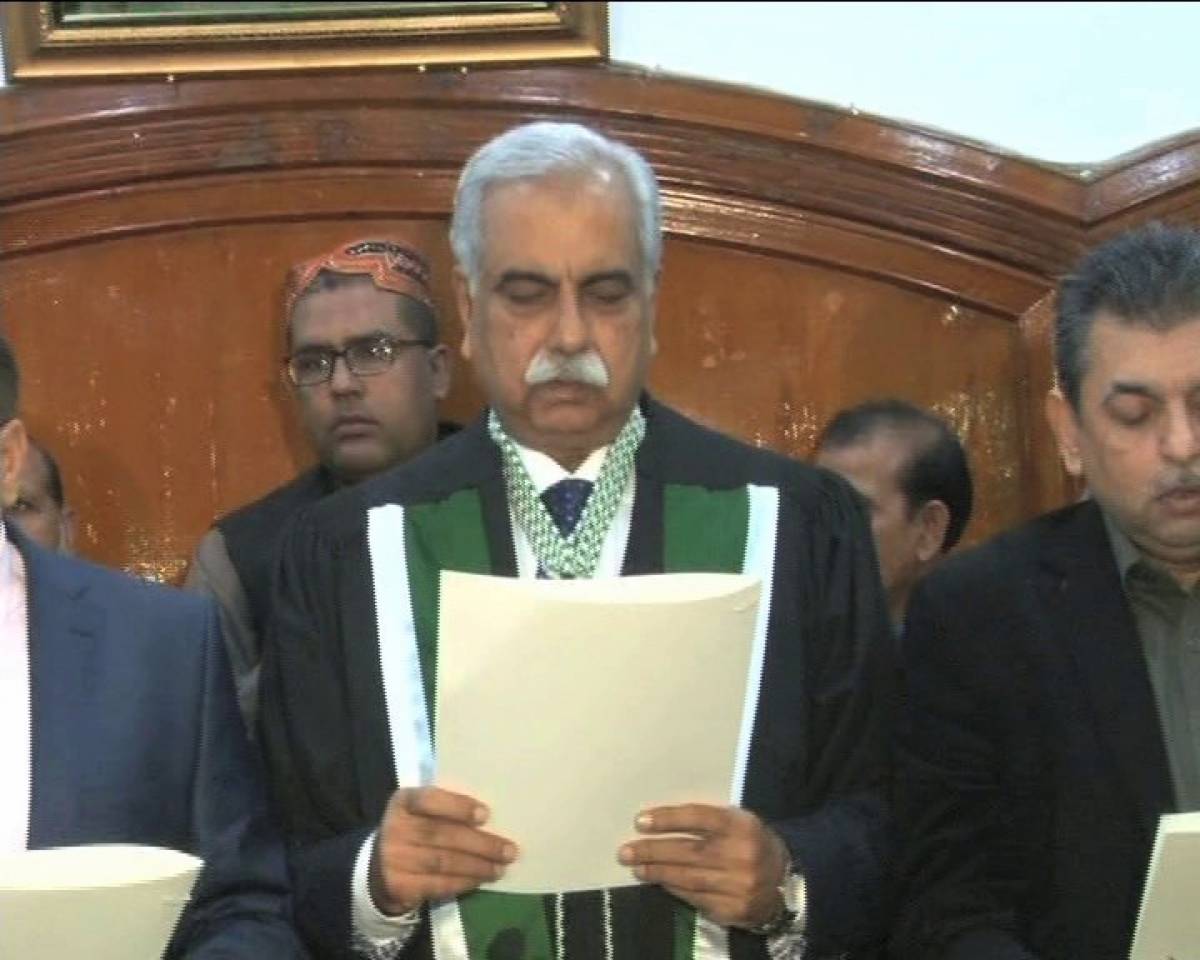 As the city of Lahore is gearing up for an epic electoral battle to directly elect the person to lead and revive the metropolis, old taboos have resurfaced again. Arain or Kashmiri? Neither, Lahore needs an honest able son of the soil to revive the glory of Datta Ki Nagri’ that has the unique distinction of producing six Nobel Laureates.

The decline of the city started when Mayors were elected on the basis of ethnicity instead of credentials. The sufferings will end only when merit prevails. The 7.5 million voters have an opportunity for the first time to elect their leadership. The people who live here are ‘Lahoris’ , who should not be bracketed as Arain, Kashmiri, Jat or Gujjar or any other caste. Baba Bulleh Shah warned against trusting an Arain; “Wasa na Khain Arain Da” while there is also a very popular saying of Sheikh Saadi Sherazi who warned against three ethnic groups while choosing friends. The worst were the Afghans followed by Kumbohs and then Kashmiris:  “ Awal Afghan Doem Kumboh Soem Badzat-e-Kashmiri “. As a race none of them stand out, individual credentials should carry more weight.

The muncipality of Lahore was established in 1931. The Mayor operated from the historic Town Hall (TH) building located at the lower end of the Mall Road surrounded by the Gol Bagh (Now Nasir Bagh). The Civil Secretariat, and MAO College are behind this historic seat of local power while Government College, Punjab University (Old Campus) and National College of Arts are located to the front.

Historically this has been the academic and administrative end of the city. Total length of this important road, the Mall, is about 8.3 km, the Mian Mir bridge connects with the Cantonment area which is run by the corrupt to the core Cantonment Board (CB). At the time of Partition in August 1947, corruption was relatively contained on this side of the bridge. While most departments operating in the CB area had a bad reputation (Controller Military Accounts, Military Estate Services ) on the civilian side it was contained (Police, Revenue). As a child growing up in that area, I have good memories of the set-up that ran the city till the decade of the 1960s and 1970s. Most services were available to the public. There was ownership of the city and its resources. The complaints section performed its duties reasonably well. Vaccination, mosquito sprays, garbage collection were regularly carried out.

Every morning when I walked to school located opposite the Lahore High Court (LHC), the roads were wiped and cleaned before dawn. Then the city grew, many departments were branched off, new towns and muncipalities were created, TH lost control of the once functional city. Since then it has been downhill for Lahore which the Quaid-e-Azam termed as the Heart of Pakistan (Pakistan ka Dil). Both the city and the country are now dependent on a damaged heart. With heartless people at the helm, the future does not augur well for the city and its people.

I am sure both within and outside the two predominant clans there are able individuals who can win Lahore back for us. There are no Arains or Kashmiris amongst us; we are all Lahoris and that’s the way it should be. In Punjabi they say; “Lahore Lahore Ay, Jinay Nahin Vekhia Oh Jamia Nahin” (Lahore is Lahore; if you haven’t seen it you were not born). It is not just an electoral contest, it is a call to arms, like Sarajevo, Lahore has several open spaces where the defenders can be buried with honour instead of living in the indignity of plazas and encroachments on its scared soil.

About a decade ago I was on a consulting assignment to the historic city of Sarajevo in Bosnia. It was in this city where the assassination of the Crown Prince of the  Austro-Hungarian empire triggered the first World War . Mr Raashad, who was the branch administrative head, put Sarajevo under a construction company that had opened a branch office in Lahore, took me around. While going through the beautiful city, I observed a lot of fresh graves. Almost all open green spaces had been turned into graveyards.On inquiry, he told me about the fight that took place between the Christian Serb dominated Yugoslavian Army and the Muslim population of Sarajevo.

One fine morning the Army decided to cross the river and take over the city similar to the ethnic cleansing in Spain in the 16th century and currently ongoing in India in the 21st. The city leadership decided to fight back and defend the city. A call to arms was given by the local leadership. Pitched battles took place between the ill-equipped Muslim youth on one side of the river and Marshal Tito’s trained soldiers on the other. Many young men fell while defending their city, finally the siege came to an end when the civilized world got the news.

As Raashad had worked in  Lahore in the decade of the 1960s and 1970s, he asked me a very embarrassing question; “What have you done to Lahore, which was once considered to be one of the finest cities of the world?” I had no answer, indeed we the first generation of Pakistan did fight to get rid of the first dictator but failed to protect our city

Cities, countries, societies do come under attack from within as it happened in Sarajevo in the 20th century but it is the resilence of the people that saves them. Unfortunately we were unable to save our city from the greed of the land grabbers and the corrupt Mafia that took control of its administration, reducing the once powerful Town Hall to a rubber stamp and archieve of ancient records of the city. Lahore belongs to its people, like the brave citizens of Sarajevo we have to fight for its revival and glory. Graveyards in parks are an honour but plazas are not, men go down fighting but do not surrender to the greed of the few. The tall buildings on usurped city land are the graveyards of the living. Indeed Lahore has fallen to the rogues mainly because of lack of city leadership.

Hopefully when the new directly elected Mayor takes control of the city and succeeds in reviving its glory, we the people of Lahore can stand tall and invite Raashad to come visit Lahore again, and maybe we can change his mind about our lapses of the past. Nations learn from history for course correction. It’s a question of grit, merit and abilities, not ethnicity.

I am sure both within and outside the two predominant clans there are able individuals who can win Lahore back for us. There are no Arains or Kashmiris amongst us; we are all Lahoris and that’s the way it should be. In Punjabi they say; “Lahore Lahore Ay, Jinay Nahin Vekhia Oh Jamia Nahin” ( Lahore is Lahore; if you haven’t seen it you were not born ). It is not just an electoral contest, it is a call to arms, like Sarajevo, Lahore has several open spaces where the defenders can be buried with honour instead of living in the indignity of plazas and encroachments on its scared soil.