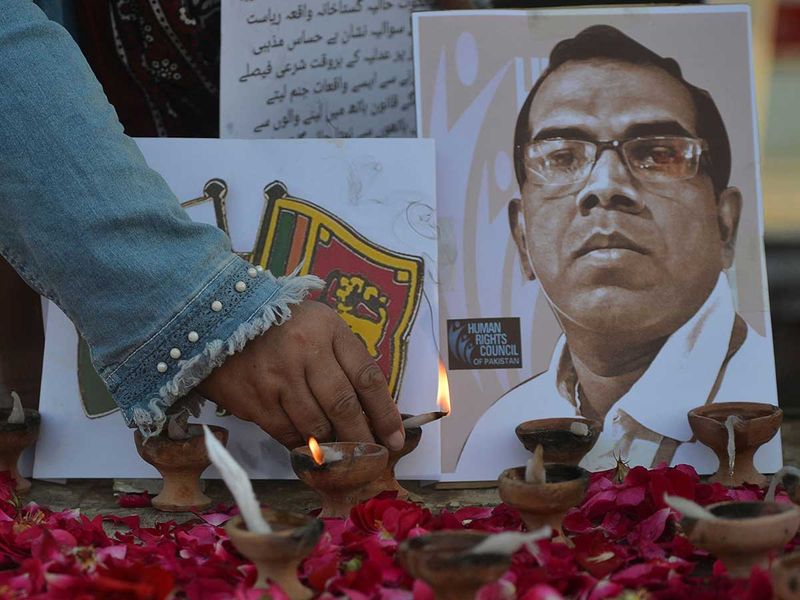 LAHORE: The government of Punjab has decided to conduct the trial pertaining to the mob killing of Priyantha Kumara, a Sri Lankan factory manager in Sialkot, on a daily basis, Gulf News posted.

In a meeting of the cabinet committee on law and order, Law Minister Basharat Raja, who was presided over the sitting, directed the investigators to file the case challan in court within 14 days.

The prosecution was also directed to set up a special cell to monitor the case trial. The meeting was attended by all the regional police officers (RPOs) and commissioners of the province via video link.

The Gujranwala RPO gave a detailed briefing on progress regarding the arrest of those still at large and assured the remaining accused would also be apprehended shortly.

The committee also considered holding the trial of the suspects inside the prison.

Zafar said the nation as well as the entire legal fraternity are deeply saddened and horrified and expressed solidarity with the Sri Lankan people and the family of the deceased and strongly condemned the killing of Priyantha at the hands of the mob.

He also reiterated the unequivocal message of Prime Minister Imran Khan that there would be a zero-tolerance policy for such incidents in Pakistan.