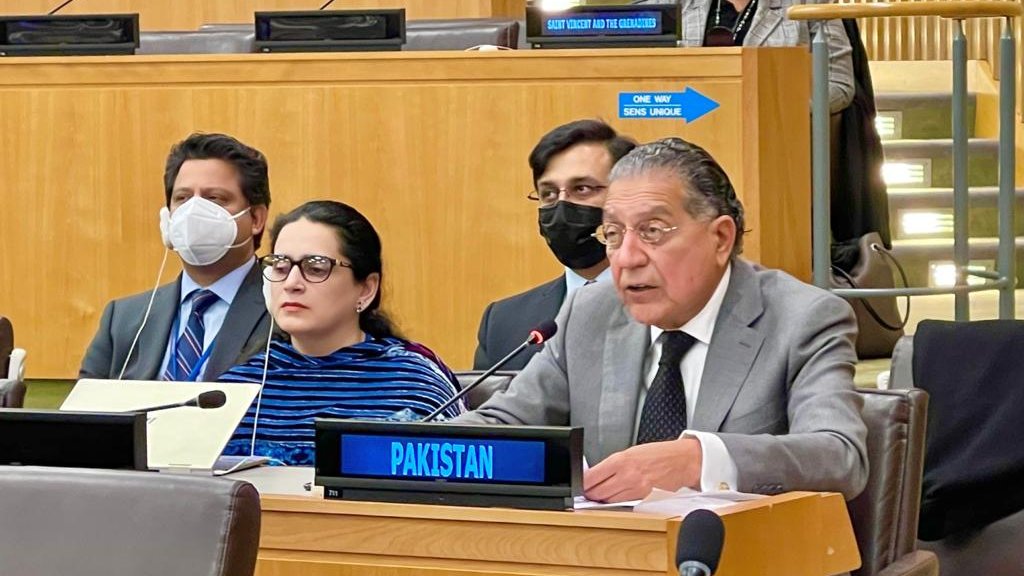 The 25-power resolution, Countering Disinformation for the Promotion and Protection of Human Rights and Fundamental Freedoms, was the outcome of extensive consultations with all member states, diplomats said.

The resolution was passed by the Third Committee, which deals with social, and cultural issues. It will come up for formal endorsement of the 193-member assembly next month.

Today, the 3rd Committee of the GA adopted by consensus Pakistan-sponsored resolution on Countering Disinformation for the Promotion & Protection of Human Rights & Fundamental Freedoms. 🇵🇰🇺🇳

“This,” he added, “has been exacerbated by the Covid-19 pandemic and the extreme reliance on Information Technology, yielding phenomena from fake cures to anti-vaccine conspiracies.”

At the same time, the envoy said the “big lies” could inevitably be discerned, as truth and reality was readily revealed by the application of reason and common sense.

“Today, technology especially the information and telecommunications, has provided the purveyors of disinformation the means to confuse reality and fantasy, truth and lies, authenticity and its opposite in ways that can defy even close examination,” he said.

Ambassador Akram said Pakistan would continue to use all means to counter disinformation by both national means and through international cooperation with member states and other stakeholders under the umbrella of the United Nations.

The resolution also highlights the negative impact on the enjoyment of human rights and fundamental freedoms of the rapid spread of disinformation, through online platforms and social media.

It notes with concern that ICTs (Information Communication Technologies) have enabled pathways for false or manipulated disinformation to be created, disseminated and amplified for political, ideological, or commercial motives at an unprecedented scale, speed, and scope.

The resolution further underlines that this Infodemic has affirmed that freedom of expression is not only a right but a shared responsibility and that responses to the spread of disinformation must comply with international human rights law.

It also emphasises the responsibility of business enterprises, including online platforms and social media companies, to ensure that their commercial objectives do not undermine human rights.

They must not allow their platforms to be used for spreading disinformation, which leads to discrimination, incitement to hatred, hostility, violence, and polarisation.