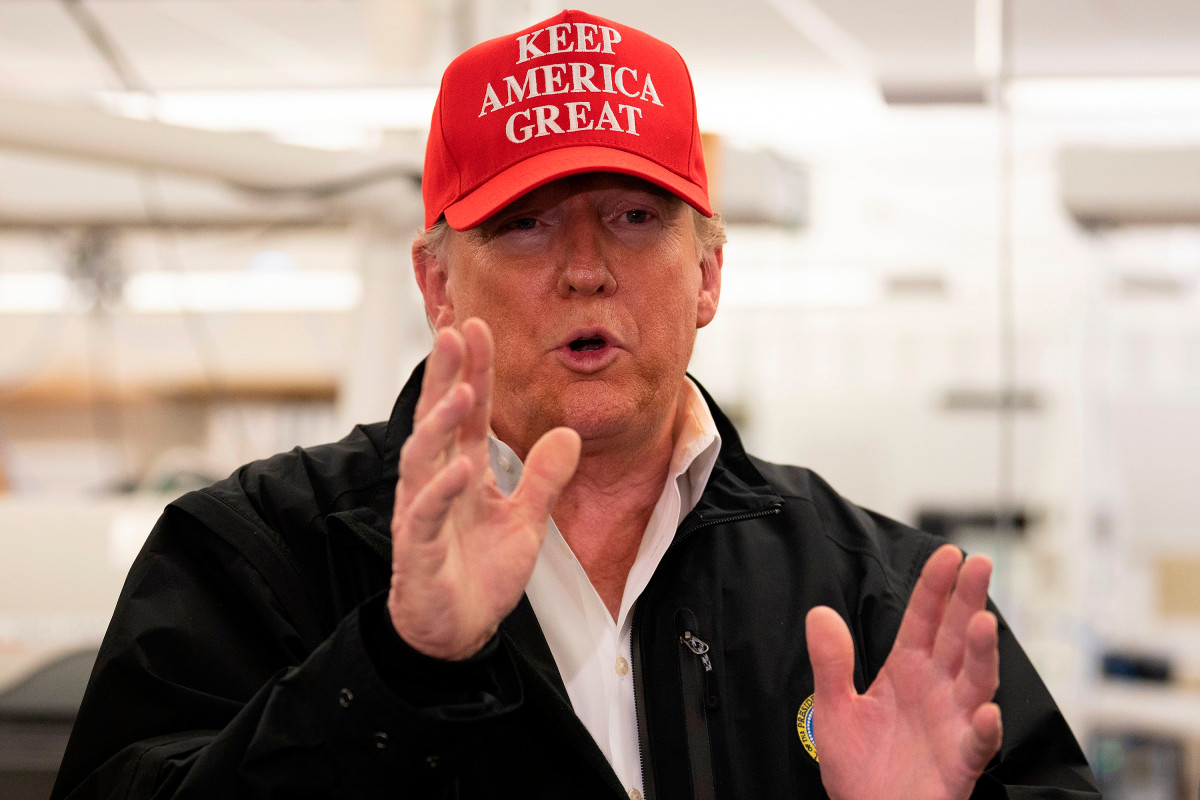 WASHINGTON: A draft executive order written by Donald Trump’s White House in the weeks after his defeat in the 2020 election directed the nation’s top military leader to seize voting machines, a report said Friday.

The explosive document, released by the National Archives and obtained by Politico, highlights the extreme measures Trump may have been willing to take to cling to power against the will of voters who picked Joe Biden to be their next president.

Dated December 16, 2020, the order sought to appoint a special counsel to bring charges on any fraud allegations that arose from the seizures. But it was never signed.

It is among 750-plus records turned over to the House of Representatives select committee investigating the 2021 Capitol assault after the Supreme Court rejected Trump’s appeal to block their release.

The document reprises many of the debunked conspiracy theories about hacked voting machines that were pushed by figures in Trump’s orbit now being targeted by congressional investigators, including right-wing attorney Sidney Powell.

She falsely told reporters the election had been targeted by “communist money through Venezuela, Cuba, and likely China.”

The ex-president and his allies spent months pressing false claims of widespread fraud, despite experts in his own government affirming that it was the most secure vote in US history.

The claims were also rejected by Trump-appointed attorney general Bill Barr, and Trump was eventually impeached for inciting the attack on the Capitol by a mob of his supporters.

The draft order bears similarities with a plot outlined in a Powerpoint presentation to keep Trump in office that former White House chief of staff Mark Meadows turned over to the select committee last year.

That document envisaged US Marshals seizing ballots for a 50-state hand recount.

The draft executive order that emerged Friday focuses specifically on touchscreen ballot-marking devices made by Dominion that were used in Georgia, where a hand recount and machine recount affirmed Biden’s win.

It repeats false allegations about Dominion being “owned or heavily controlled and influenced by foreign agents, countries, and interests” and alleging that its machines are deliberately designed to create “systemic fraud.”

Powell and Giuliani are fighting billion-dollar defamation lawsuits from Dominion and Smartmatic, another voting machine company.