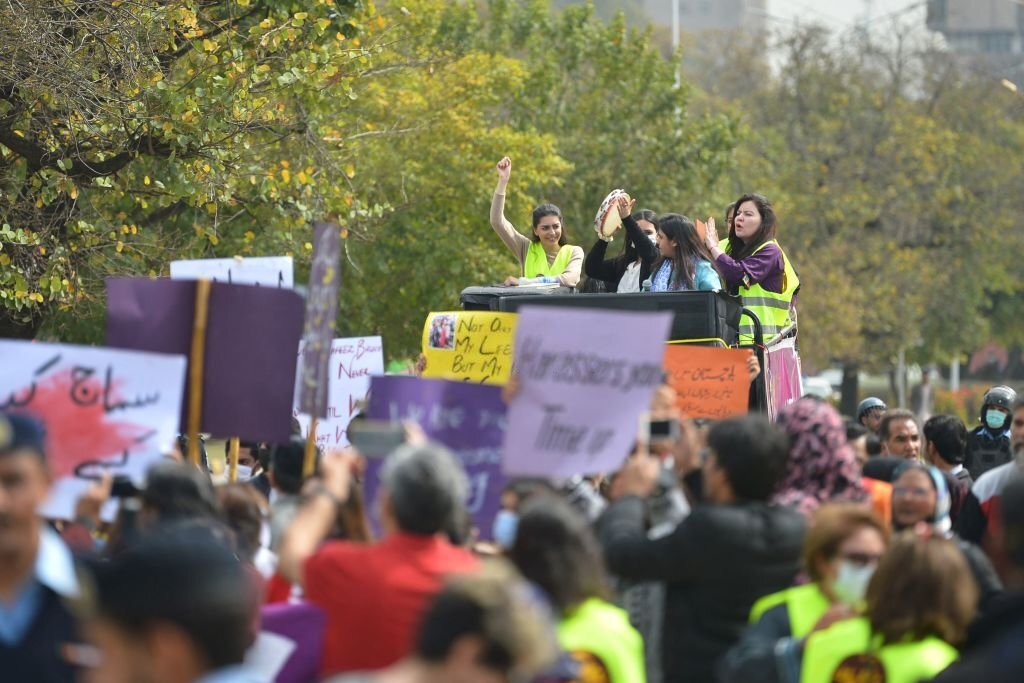 ISLAMABAD: Rubina Rizwan, a 43-year-old female driver for one of the largest app-based transportation services Careem in Pakistan, was skillfully driving through the crowded and tricky roads of Rawalpindi to drop her passenger off at an office on time.

Rizwan said she likes the job she does to make her living despite many social and cultural challenges coming in her way.

“When I started this career, my family told me that it is not an easy job for a woman and that I’d better find some other work if I want to stand on my feet […] but now after several years, not only I am financially stable, my family members are also extremely happy and supportive as they see it as an encouragement for other women to get out of the four walls of their houses to play their part in the country’s progress and prosperity,” she told Xinhua.

As the countries around the globe celebrated International Women’s Day on Tuesday, Rizwan said everyone should join hands to empower women by promoting gender and social equity for a sustainable future.

In Pakistan, a number of events including seminars and rallies, were held to celebrate the day with renewed commitment for women empowerment through inclusive social and economic policies.

Shabana Malik, a senior supervisor at a private company in Karachi, told Xinhua her workplace used to be mainly dominated by men when she first joined the company 16 years ago.

“In the past, a majority of the women preferred to work in their homes or at farms […] their participation rate in formal employment was significantly low, however with improved education and skills, and better transportation system, now the trend is changing gradually in Pakistan.”

“More and more women can be seen at workplaces and becoming financial support for their families,” the mother of three said, adding that giving equal opportunities to women will help our society to thrive.

Women in Pakistan are about half of the population, yet their representation in the workforce remains largely under par when compared with other countries in the world, said Farzana Bari, a prominent women’s rights activist and former director of the Center of Excellence in Gender Studies at Quaid-i-Azam University.

Despite increasing in recent years, female labour force participation in Pakistan stands at around 25 percent, which is quite low, undermining the government’s goal of sustained and inclusive socio-economic development, Bari told Xinhua.

“The incumbent government should continue to devise comprehensive policies to create enabling environment for women to encourage them to play their key role in the country’s labour force,” she added.

In a conversation with Xinhua, Saleem Rehman, an MP, said the federal government has been taking measures on administrative and legislative levels, to forge a conducive environment for women so that they can play their due role in nation-building.

Several initiatives, including special women development funds, the establishment of vocational training centres to impart various skills, and loan schemes to run small and medium-sized enterprises, are helping women in the country to bring changes in their lives, he said.