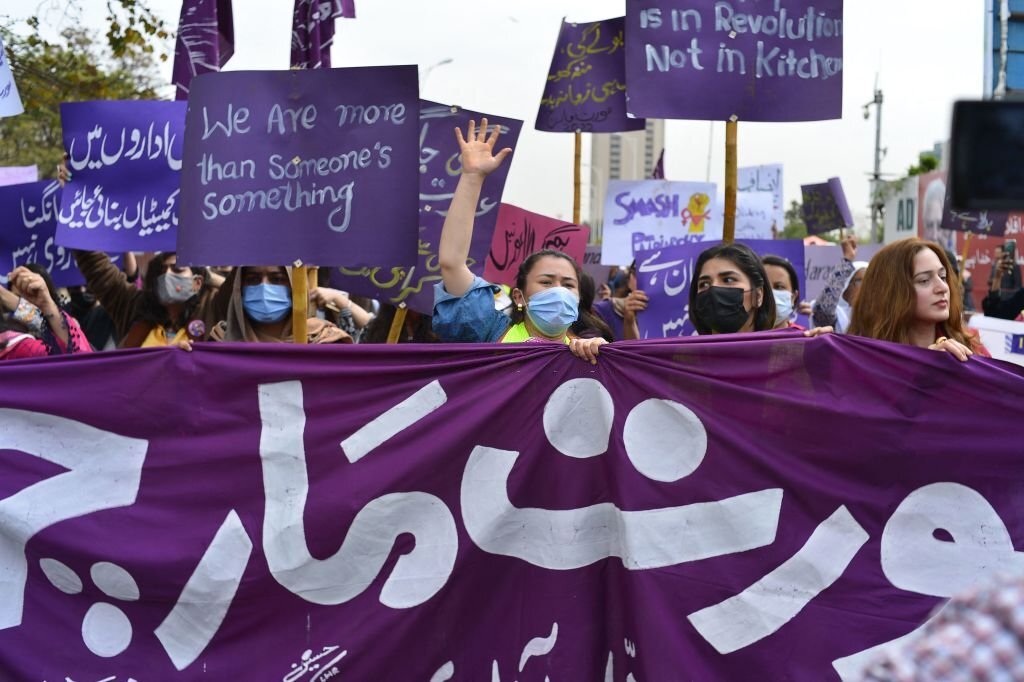 LAHORE: Around 2,000 women rallied Tuesday in Lahore despite efforts to bar the protest and withdraw security for an event frequently the target of violence.

Rallies on International Women’s Day have received backlash since they were embraced four years ago in deeply conservative and patriarchal Pakistan.

On Tuesday, dozens of events marking International Women’s Day — known as the Aurat March in Pakistan — were held across the country.

Non-violent counter-protests, dubbed “hijab marches”, were also staged by women from conservative religious groups in Karachi, Lahore and Islamabad where participants called for the preservation of Islamic values.

In Lahore, city authorities urged organisers to cancel the rally over safety concerns and threatened to not provide security.

Following a legal challenge, the Lahore High Court ruled the event could go ahead and authorities agreed to provide protection.

The women marched through the streets in a jovial atmosphere, chanting slogans such as “Give respect to women” and “End the patriarchy”.

They were guarded by riot police — and greeted by a small band of men chanting “end this obscenity”.

In Karachi, around 1,000 women gathered in a festival atmosphere with organisers conducting security checks as police stood by idly.

“We have only one slogan: equal wages, protection and peace,” one woman chanted from a stage.

In Islamabad, around 200 women rallied outside the city’s press club.

“We have come to raise our voices and highlight our issues,” said student Fatima Shahzad.

They were outmatched by more than 400 counter-protesters from extremist religious parties.

But organiser Farzana Bari pledged “we will continue to assert ourselves”. “These are the women who refused to bow down,” she told AFP.